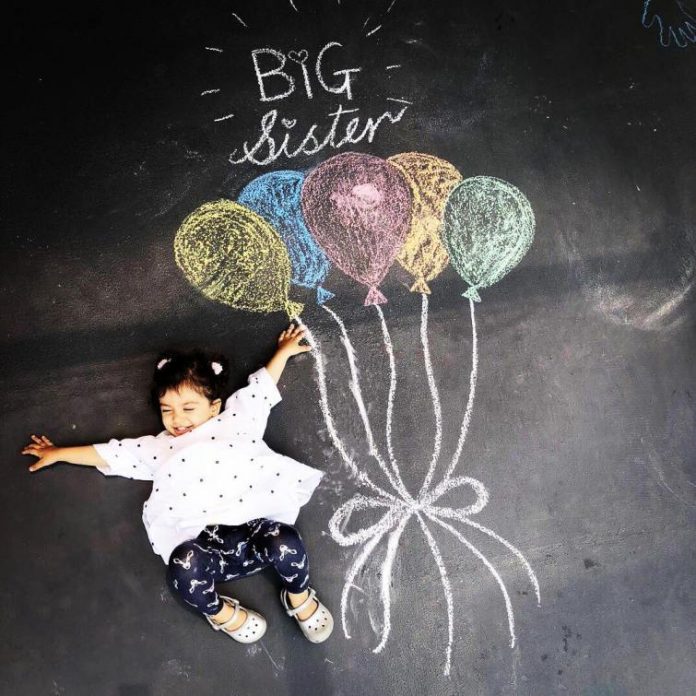 Fans of Shahid Kapoor have been speculating about Mira Rajput Kapoor’s second pregnancy in recent times. The 24 year old finally confirmed the news and posted a picture on Instagram. The Instagram picture showed little Misha Kapoor happily posing by the side of a sketch of balloons with the words ‘Big Sister’ written on it.

The news does not come as a surprise as Mira in a recent interview had revealed that she would like to take up a career after having a second baby. This means that Shahid and Mira have been planning the baby since a long time and the news is finally out. Mira was a number of times snapped on casual outings with a little baby bump.

Shahid during a recent outing talked to the media about Mira’s pregnancy and said “I am very happy and we just felt like sharing it with everyone. Mira wanted to put it out on Instagram and I thought that the photograph was really cute, it was a spontaneous decision and it just happened. It was a great weekend for the family.” The Udta Punjab actor recently won the Dadasaheb Phalke Excellence Award (Best Actor) for his performance in Padmaavat and dedicated the award to his wife Mira Rajput.