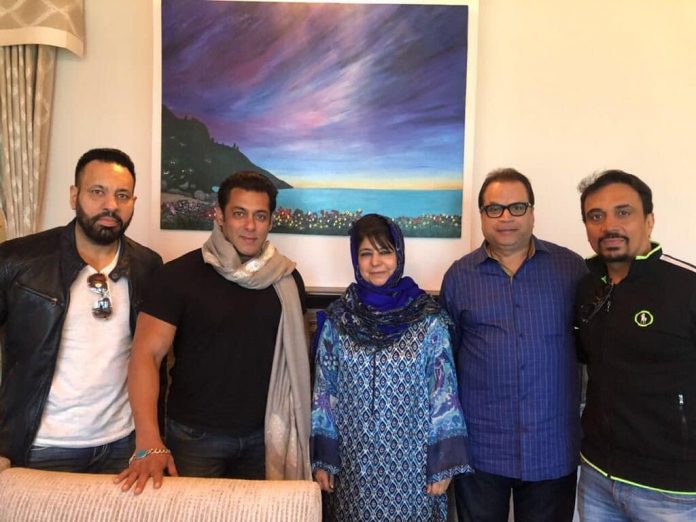 Bollywood star Salman Khan was recently released on bail after being sentenced in the black buck poaching case in Jodhpur. After spending a couple of days in jail, the actor was released on bail and returned to Mumbai immediately. The actor is now at the Sonamarg hill station in Kashmir where he is shooting for the upcoming film Race 3.

The 52 year old star arrived in Kashmir to shoot for a song for his upcoming film. Salman also met Chief Minister Mehbooba Mufti along with his Race 3 team members. After completing the Sonamarg schedule, the actor is also expected to shoot in Ladakh. A top tourism officer while talking to a leading daily said, “The team has procured all the required permissions from the Wildlife and Tourism department to shoot in Sonamarg and Ladakh and we are assisting them in every way. We want more films to be shot in the Valley. Extra care is being taken for Salman as the actor has a large fan base in Kashmir. Besides the state police, he is accompanied everywhere by his personal security Shera.”

Upcoming film Race 3 also stars Bobby Deol, Daisy Shah, Jacqueline Fernandez, Saqib Saleem, Freddy Daruwala and Anil Kapoor. The film is directed by Remo D’Souza, produced by Ramesh Taurani and is due to be released in theatres on June 15, 2018.