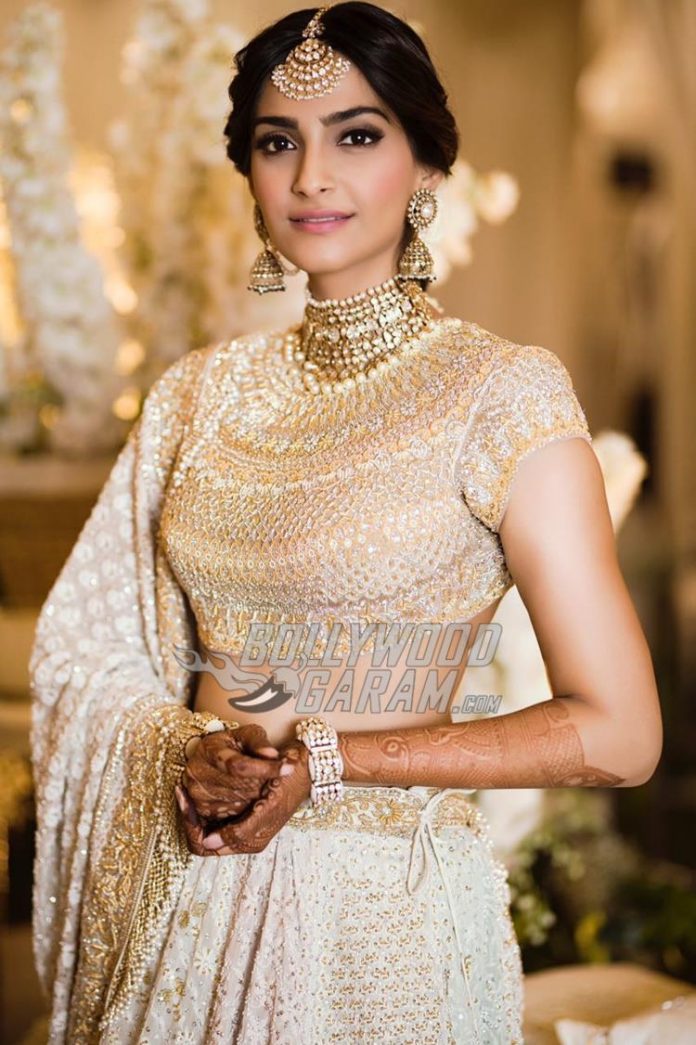 Bollywood fashionista Sonam Kapoor is ready to get married to beau Anand Ahuja in an intimate wedding ceremony on May 8, 2018. A grand mehndi ceremony was held at the banquet hall of their new apartment at Sunteck, Signature Island in Mumbai on May 7, 2018. Sonam looked gorgeous in a white and golden lehenga and completed her look in traditional jewellery with white gajras on her hair.

The mehndi ceremony saw the presence of the Kapoor family members including Khushi, Janhvi and Boney Kapoor, Anshula Kapoor and others. Apart from the family members, celebrities including close friends and colleagues attended the ceremony. A day-wedding will be held on May 8, 2018 at Sonam’s aunt’s bungalow in Mumbai.

The fans of the actress are waiting to see Sonam as a bride as she has always made a fashion statements during her outings. The Mausam actress wore a Abu Jani Sandeep Khosla creation for the mehndi ceremony and looked ethereal in a traditional look. The Kapoor’s released an official statement about Sonam and Anand’s wedding, months after speculations had started doing the rounds.

The marriage rumours of Sonam and Anand have been doing the rounds since many months, ever since Sonam started shopping for the wedding. A grand reception will be held at The Leela on May 8, 2018.