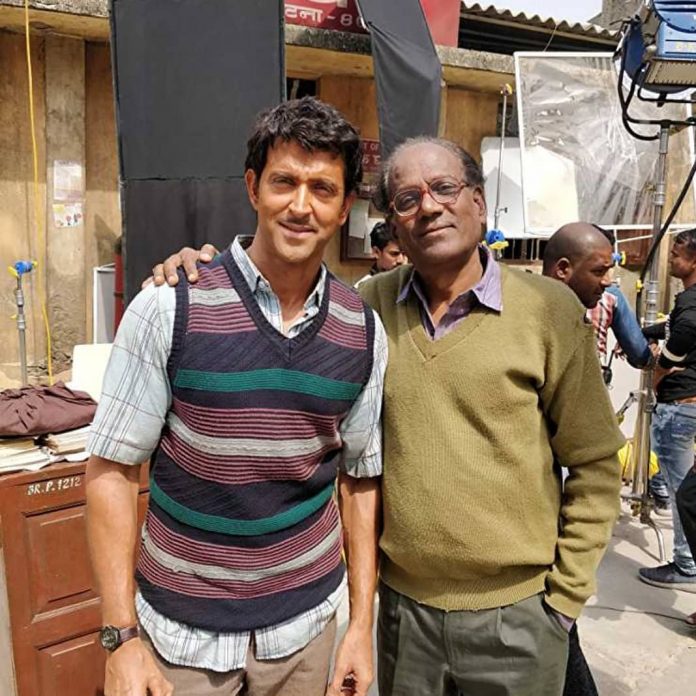 Hrithik Roshan’s upcoming film Super 30 has been in news in recent times. As the actor has started filming for the film, Hrithik has lost weight to get in to the shoes of his character. Hrithik will be seen playing the Patna-based mathematician Anand Kumar. A picture from the sets has gone viral in which the actor can be seen posing with actor Virendra Saxena.

Hrithik in the recent picture is seen not sporting a beard which means that he might be shooting for the part when Anand Kumar was yet to become a star teacher. The story of the film is about Anand Kumar who ran a programme called Super 30 which helped talented students from humble backgrounds prepare for IIT-JEE exams. The success rate of the programme made him popular and many foreign universities called him for guests lectures.

The founder of Super 30 in an earlier interview said that Hrithik has hired a speech trainer from Bhagalpur so that he gets the Bihari accent right. Anand added that looking at the hardwork and dedication involved in the project he feels that the biopic would do full justice to the theme.

The film also stars Mrunal Thakur and is directed by Vikas Bahl and will be releasing in theatres on January 25, 2019.