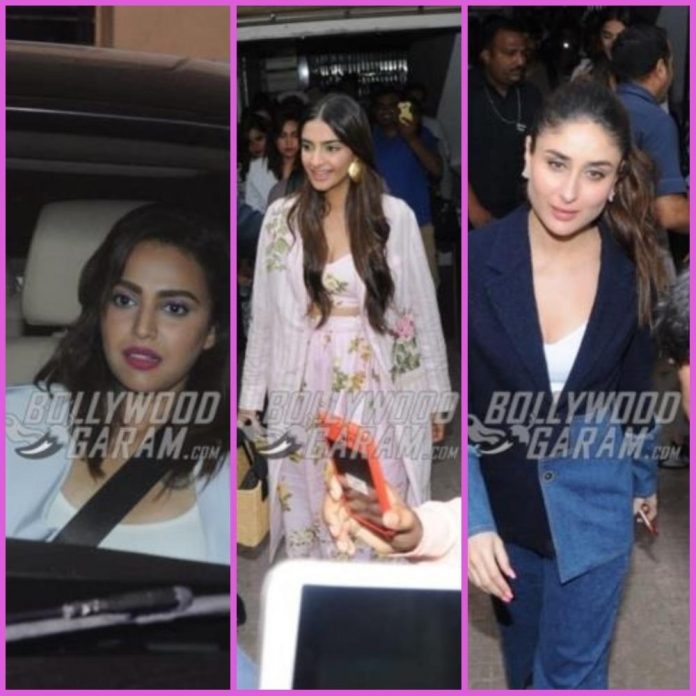 Veere Di Wedding girls, Kareena Kapoor, Sonam Kapoor, Swara Bhaskar and Shikha Talsania are on a promotional spree as the film is ready to be released in theatres on June 1, 2018. The girls stepped out for promotions and were snapped at a popular radio station.

The promotional event saw Kareena Kapoor, Sonam Kapoor and Swara Bhaskar at their trendy best. The Jab We Met actress appeared in a stylish blue jacket, white tank top and a pair of flared denims. Sonam was seen in a casual floral skirt, a crop top and a matching long jacket while Swara was seen in a white tank top with a grey jacket and matching pants.

The girls launched the music of the film at an event on May 22, 2018. During the media interaction, there was a lot of discussion about the song Tareefan, which has already become popular among the listeners. The film is ready to be released in theatres on June 1, 2018.