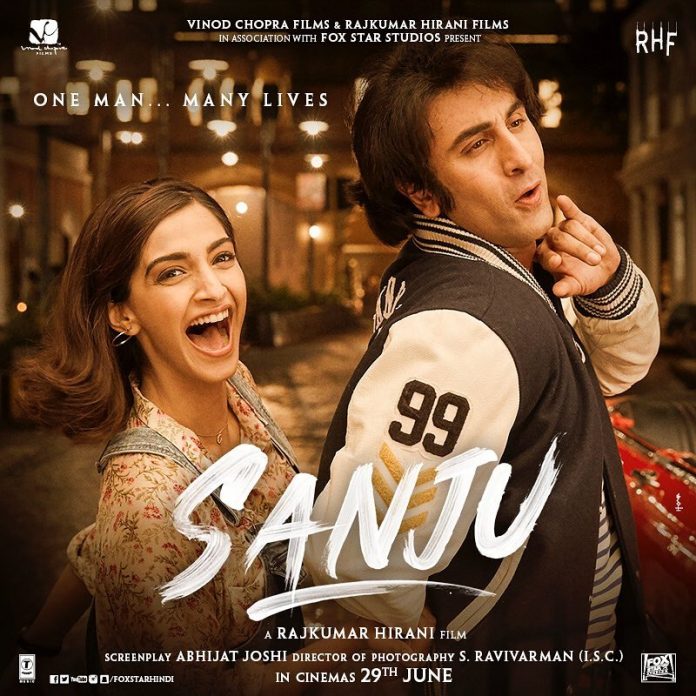 As the release date of Sanju fast approaches, the excitement is building up. The makers of the film are leaving no stone unturned to increase the curiosity of the audience. A new poster of the film has shown a glimpse of Ranbir Kapoor and Sonam Kapoor in an exciting mood. Reports say that Sonam will be playing the role of Tina Munim in the film, who has starred with Sanjay Dutt in many films.

The teaser of the film was released last month and grabbed a lot of curiosity from the audience. Ranbir in the teaser looks strikingly similar to Sanjay Dutt and was also appreciated for his performance. Hirani has shared a new poster in which Ranbir and Sonam can be seen in a retro avatar. The poster was captioned, “A still from #Sanju’s crazy romantic love life! #SanjuTrailer out in 5 days on May 30th. #RanbirKapoor @VVCFilms @foxstarhindi @sonamakapoor”.

The film will be a biopic on the life of Sanjay Dutt and is expected to touch various aspects of his lives. Sanju also stars Paresh Rawal, Manisha Koirala, Anushka Sharma, Dia Mirza, Karishma Tanna and Jim Sarbh. Tabu will be seen playing a cameo as herself. The film is directed by Rajkumar Hirani and produced by Vidhu Vinod Chopra and Hirani.