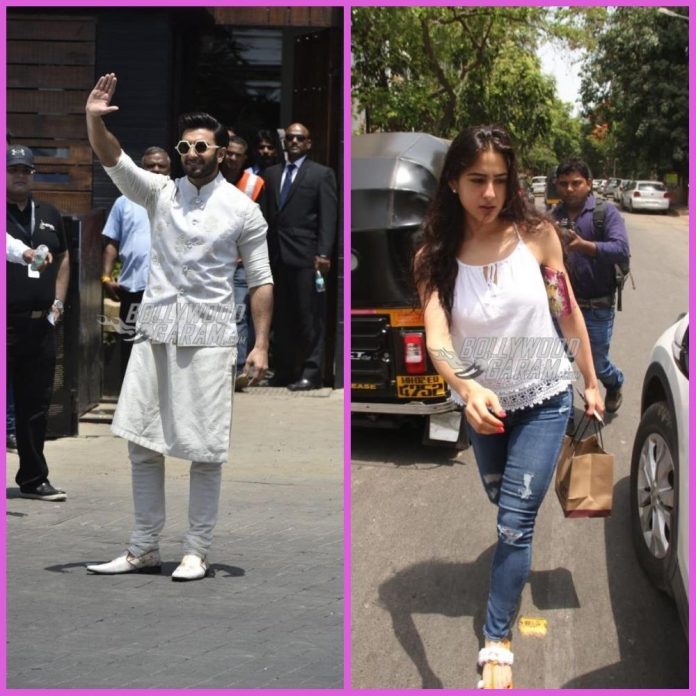 Amrita Singh and Saif Ali Khan’s daughter Sara Ali Khan has signed her next film Simmba with Ranveer Singh. The Padmaavat actor will be seen playing the role of a cop in the upcoming flick which will be directed by Rohit Shetty. Sara and Ranveer are in Hyderabad and will soon begin the shoot. The two month schedule will begin from June 7, 2017. Simmba is the Hindi remake of the Telugu flick Temper.

The film has been in news since the time it was announced and the curiosity of the audience increased when Ranveer was paired with newbie Sara Ali Khan. Simmba is expected to be released in theatres in December 2018.

Singh in the flick will be seen playing the role of a dishonest policeman, who brings changes in his lifestyle after he falls in love with a beautiful girl. Reports say that the director wanted Ranveer to undergo massive transformation and the actor has already started training for the same.

On the work front Sara is also shooting for the remaining portions of her debut film Kedarnath. The film also stars Sushant Singh Rajput. The director and the producers had a few issues with the release date of the film but have settled down with a date now.