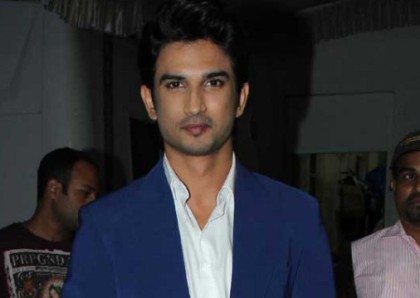 After the huge success of his movie ‘Shuddh Desi Romance’, the newcomer Sushant Singh Rajput managed to bag another project which is expected to be his biggest one until now. Director Shekhar Kapoor revealed that Rajput will be the male lead in his ambitious new project titled ‘Paani’.

While talking about the casting, Kapoor said, “Sushant is one of the most inspiring young actors to emerge out of India. It’s going to be an exciting director-actor collaboration with him on Paani.” The ‘Mr India’ director has been doing research on the subject of the movie for many years.

A few years ago, the director wanted to cast Bollywood star Hrithik Roshan for the project, but things did not materialize in the end. The movie will be a co-production between Shekhar Kapoor and Yash Raj Films. Reports said that the makers of the movie were impressed by Sushant’s performance in ‘Suddh Desi Romance’, in which he starred with Parineeti Chopra.

In the new movie, Singh will be seen romancing a young actress from the west. ‘Paani’ is a futuristic movie, set in a world where supply of water is controlled by international corporations and is used as a weapon of control, which eventually leads to war. The music will be composed by A R Rahman and the flick is expected to go on floors in 2014.