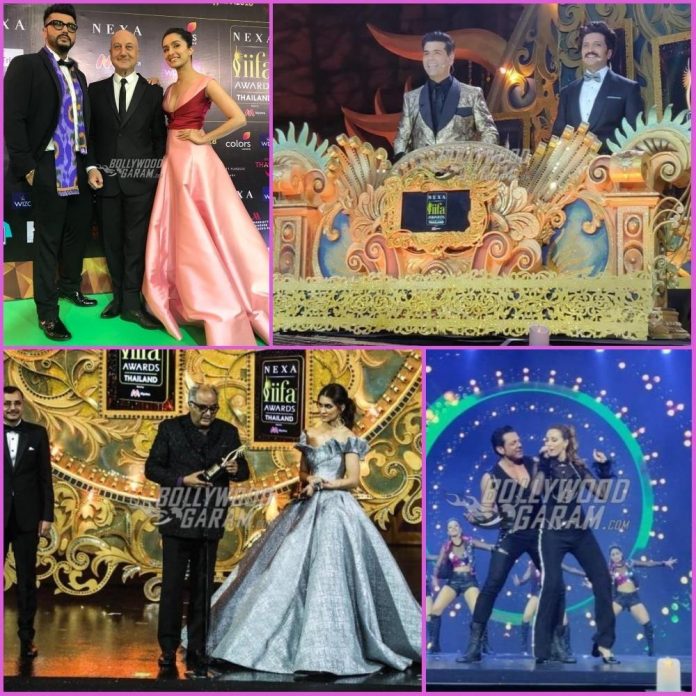 Celebrities from Bollywood thronged at the biggest cinema celebration at the International Indian Film Academy IIFA held at Bangkok, Thailand on June 24, 2018. Karan Johar and Riteish Deshmukh played the perfect hosts for the evening. The director and actor duo had a fun time entertaining the audience with their crackling chemistry.

Veteran star Rekha gave a scintillating performance and took on a nostalgic journey of the past. Some of the other performances of the night included Ranbir Kapoor, Varun Dhawan, Arjun Kapoor, Shraddha Kapoor, Kriti Sanon, Bobby Deol and Iulia Vantur. The IIFA this year honored two of the legendary stars of Indian cinema Shashi Kapoor and Sridevi.

Here is the complete list of winners of the IIFA Awards 2018: