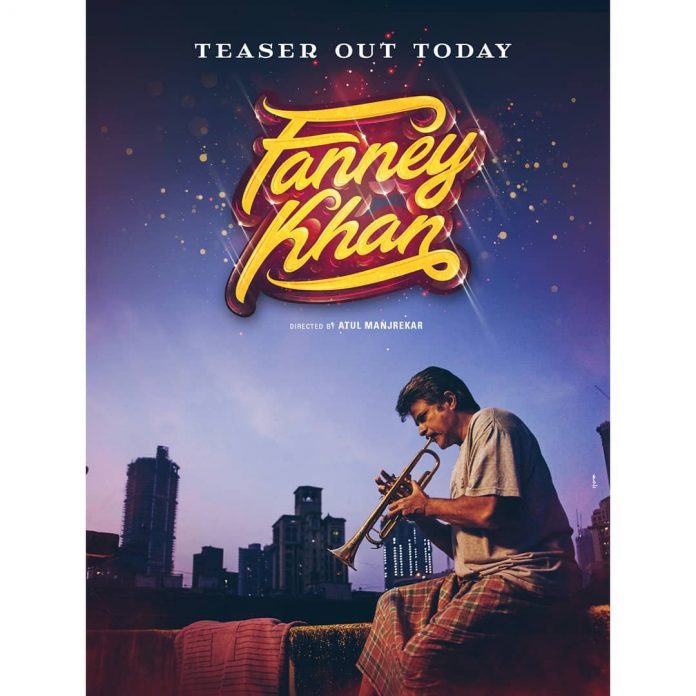 After unveiling the first poster, the makers have unveiled the teaser of the much awaited film Fanney Khan. Anil Kapoor shared the film’s teaser on his official Twitter account on June 26, 2018.

The teaser begins with the audience shouting out the name Fanney Khan in front of the stage and then a glimpse of Aishwarya Rai Bachchan is seen. Anil Kapoor can be seen playing his trumpet spending some lonely time at the terrace. The teaser has surely increased the curiosity of the audience.

The upcoming film is directed by Atul Manjrekar and has Anil Kapoor, Aishwarya Rai Bachchan and Rajkummar Rao in lead roles. The music for the film is composed by Amit Trivedi and the lyrics have been penned down by Irshad Kamil. Anil Kapoor captioned the teaser, “Jo khud apni kahani likhe woh hi hai”.

Fanney Khan is an upcoming Hindi musical comedy flick and is reportedly a remake of the Belgian film Everybody’s Famous. The film has been in news since the time it was announced and also stars Divya Dutta, Karan Singh Chhabra, Pihu Sand and Anaitha Nair. Fanney Khan is jointly produced by T-Series, Rakeysh Omprakash Mehra, Anil Kapoor Films and Communications Network. The film will be released in theatres on August 3, 2018.