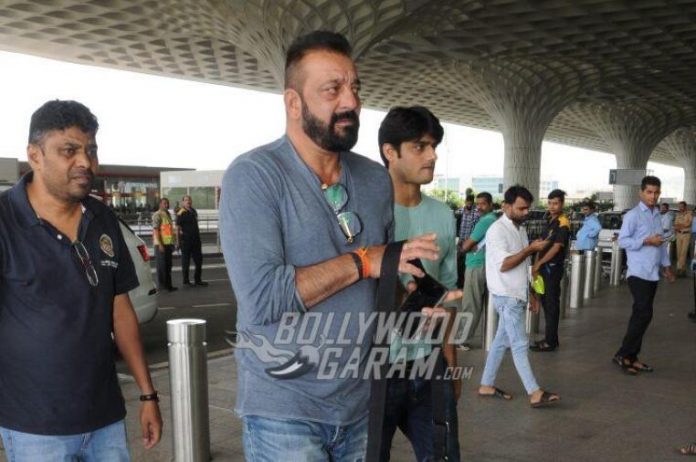 While the audience is waiting for the release of the much awaited film Sanju, the makers are eager to show the film to Sanjay Dutt himself. The screening event will be attended by Sanjay along with his wife Maanyata Dutt and sisters Namrata Dutt and Priya Dutt.

Ranbir Kapoor will be seen playing the role of Sanjay in his biopic with the title Sanju. Going by the official trailer, the film will narrate about his hyped love life and his jail term when he was proven guilty of possessing arms during the 1993 blasts in Mumbai. Sanjay had earlier said that he would go to a theatre to watch the film on his life , however, Ranbir managed to convince Dutt to attend a special screening at Vidhu Vinod Chopra’s office in Mumbai.

Reports say that Ranbir wanted Sanjay to watch the flick even before it releases in theatres on June 29, 2018. After enough persuasion Dutt agreed for the arrangement. The screening will take place at Vidhu Vinod Chopra’s office in Mumbai on June 27, 2018. Ranbir’s parents have also been invited for the screening.

Sanjay confirmed the news and said, “It will be a surreal feeling to watch my life unfold on the big screen. I am excited for Raju [Hirani, director] and his team. I know the hard work they have put into making this film.” The film also stars Paresh Rawal, Manisha Koirala, Anushka Sharma, Dia Mirza, Karishma Tanna and Boman Irani.