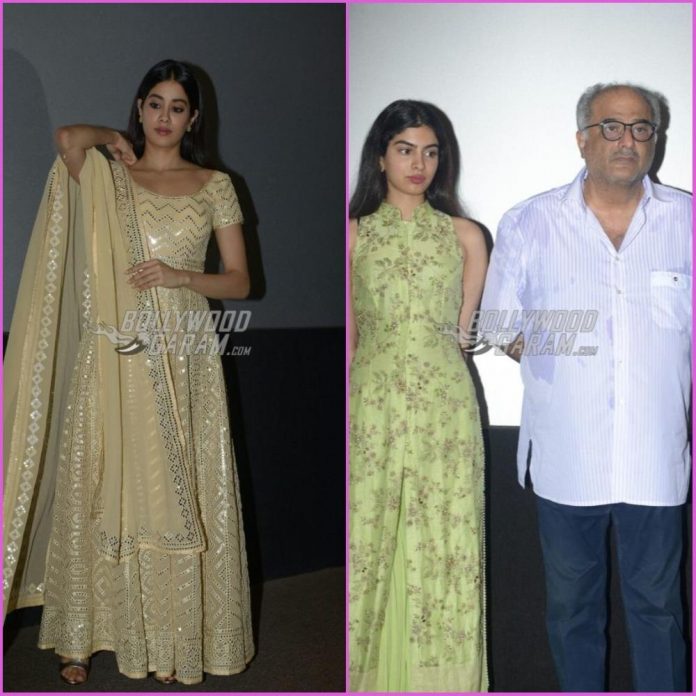 Bollywood actress Sridevi and her untimely death left the entire industry and her family shocked on February 24, 2018. The actress passed away of accidental drowning at a hotel room in Dubai. Boney Kapoor along with daughters Janhvi Kapoor and Khushi Kapoor attended an event on the occasion of her 55th birth anniversary in Delhi on August 13, 2018.

The Films Division in Delhi hosted a special screening of her films in Delhi to pay tribute to the actress for her contribution to the film industry over the years. The films that will be screened in Sridevi’s memory include Mom, Lamhe, English Vinglish, Mr. India, Chandni and Sadma. The event saw Boney Kapoor, Khushi and Janhvi, who looked visibly upset.

Janhvi looked pretty in a yellow outfit while Khushi looked gorgeous in a green ethnic outfit. Boney Kapoor during the event expressed that he misses Sridevi everyday and added that his children Arjun, Anshula, Janhvi and Khushi are his strength. Sridevi was last seen in the film Mom in 2017 and her last appearance will be in the film Zero which also stars Shah Rukh Khan, Katrina Kaif and Anushka Sharma.