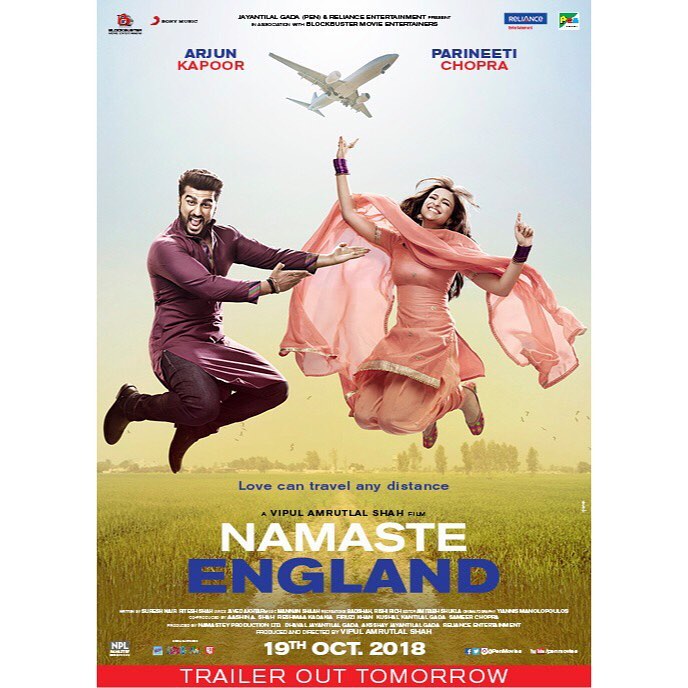 Arjun Kapoor and Parineeti Chopra are all set to entertain the audience with their upcoming flick Namaste England. The official trailer of the film is all set to be released on September 6, 2018. The film is the sequel to the film Namaste London which starred Akshay Kumar and Katrina Kaif.

Arjun and Parineeti were seen fighting over the release date of the trailer in a few goofy videos posted on the social media. The film is scheduled to be released on October 19, 2018. Parineeti shared a new poster of the film and also shared the excitement around the trailer launch of Namaste England. The actress captioned the poster, “So nervous I could cry!!!!”

Parineeti in an earlier interview talked about co-star Arjun and said, “I was his first co-star and he was sort of my first hero because Ladies Vs Ricky Bahl (2011) was an ensemble. We have this amazing equation that we will never say anything nice to each other. But I know we love each other. It’s one of those things where we call each other on our birthdays, but we will never say the words ‘happy birthday’. We just talk about life.” Arjun and Parineeti were last seen together in the film Ishaqzaade and will be reuniting for the film helmed by Vipul Amrutlal Shah.