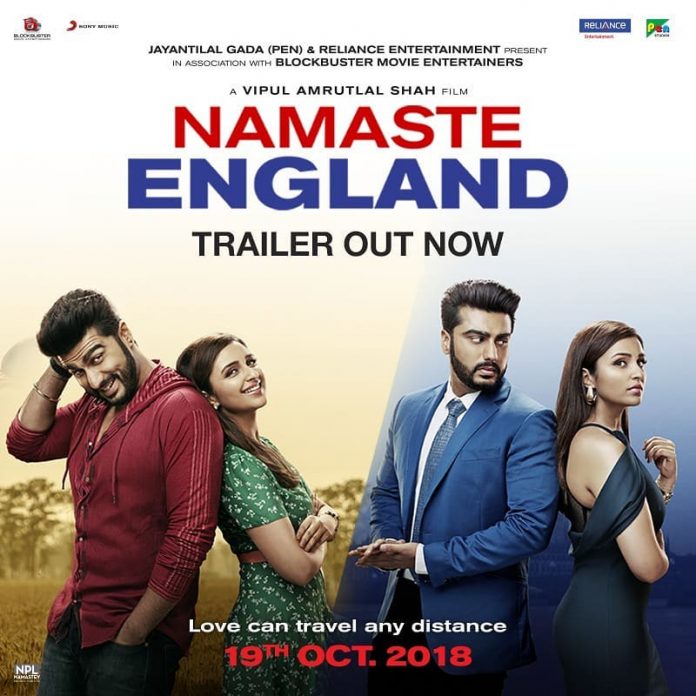 The official trailer of the much awaited flick Namaste England is out now. Arjun Kapoor and Parineeti Chopra will be seen sharing the screen space together after the film Ishaqzaade released in 2012. The trailer has talked about the issue of woman empowerment with a Punjabi flavor.

Arjun and Parineeti have showed off some sizzling chemistry in the trailer. The on-screen couple plays the role of a couple from Punjab who fall in love and get married. However, Parineeti’s ambitions take her away from Arjun and heads to London. But Arjun travels to London to get her back.

The fans will finally get to see Arjun and Parineeti together in the film which is the sequel to the film Namaste London which starred Akshay Kumar and Katrina Kaif. Namaste England is directed by Vipul Amrutlal Shah and will be released in theatres on October 19, 2018. Namaste England will be clashing at the box office with the film Bhaiaji Superhit by Sunny Deol which is also releasing on the same day.

The earlier film was released in 2007 and was also directed by Vipul Amrutlal Shah. Reports say that the film was based on the true life story of Akshay Kumar’s friend. The film had a cameo by Riteish Deshmukh.