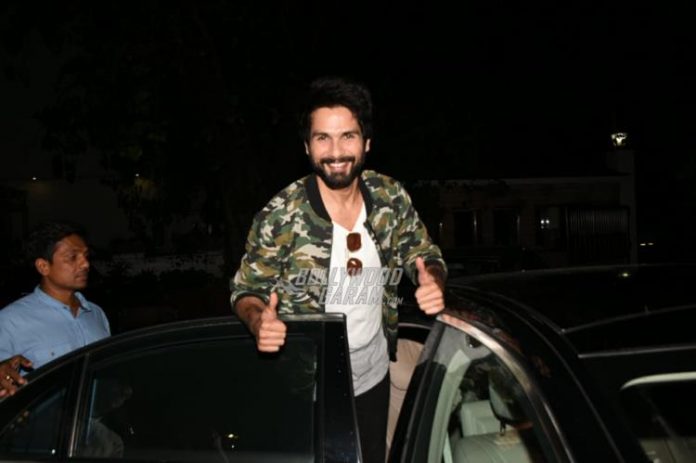 Shahid Kapoor and the entire Kapoor and Rajput family are celebrating the arrival of the new family member. The Jab We Met star and Mira have once again become parents to a son. Shahid took his Twitter account and announced the name of his son as Zain Malik.

The Udta Punjab actor wrote, “Zain Kapoor is here and we feel complete. Thank you for all the wishes and blessings. We are overjoyed and so grateful. Love to all.” In an earlier interview, the couple talked about the name of their second baby said that they have not decided on the name but are open to suggestions. Mira added that Misha’s name was Shahid’s selection so this time it might her time to select the name of the baby.

Zain is surely a great name and the fans are loving the name. Talking about the meaning of the name, Zain is an Arabic word which means grace and beauty. At present Shahid is spending time with his family and children and will be on a paternity break.

The actor will soon begin promotions of his upcoming film Batti Gul Meter Chalu. The film also stars Shraddha Kapoor and Yami Gautam and is ready to be released in theatres on September 21, 2018.