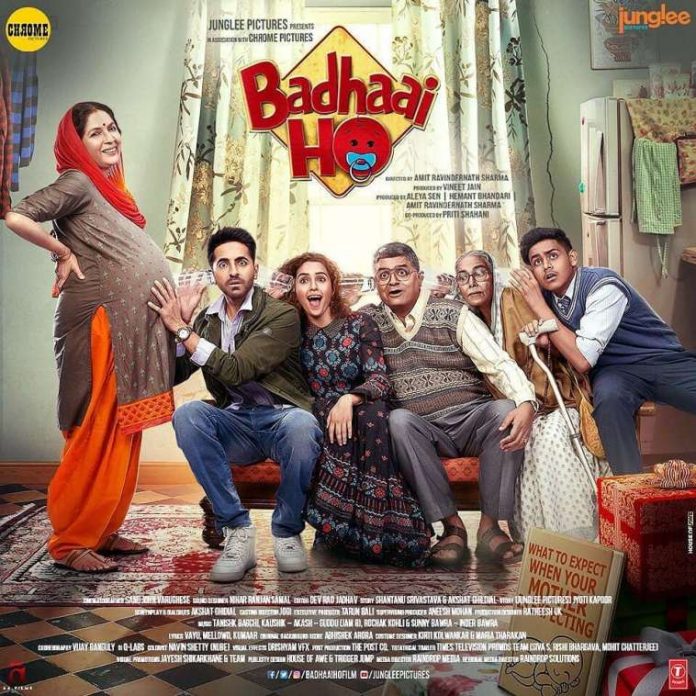 Aayushmann Khurrana and Sanya Malhotra are all set to entertain the audience with their on-screen chemistry with the upcoming film Badhai Ho. The makers of the film unveiled the official trailer of the film on September 11, 2018.

Badhai Ho is directed by Amit Ravindernath Sharma and will be released in theatres on October 19, 2018. The trailer of the film begins with the news that Aayushman’s parents in the film are expecting another baby. Neena Gupta and Gajrao Rao are already parents to grown up boys and are now expecting their third child causing much embarrassment to their children.

Aayushmann then shares this news with his girlfriend while his grandmother too is furious about the happenings. The trailer indeed looks hilarious and the audience cannot wait to catch the actual flick. The first schedule of the film was shot in Mumbai while the second schedule was shot in Delhi. This will be the first time Aayushmann and Sanya Malhotra will be seen sharing the screen space. Their chemistry in the trailer has already won the hearts of the audience.