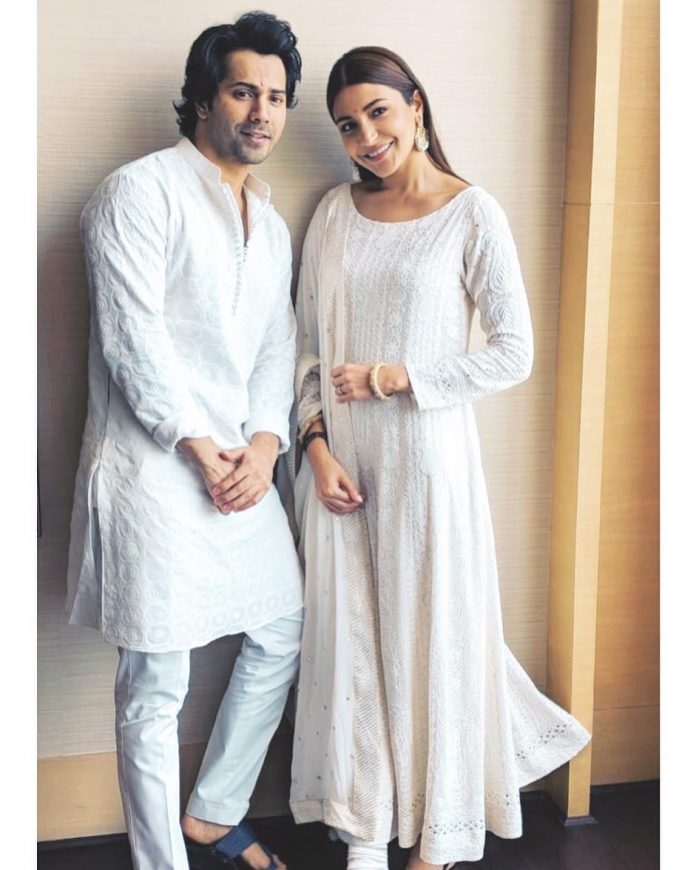 Anushka and Varun twinned in traditional white Lucknowi outfits and looked great as they posed together. Varun posted a picture of the two on his Instagram account. Promotions of Sui Dhaaga are in full swing. The actors recently launched the Sui Dhaaga challenge, in which people are told to post videos where they will be seen threading a needle. Anushka Sharma challenged Shah Rukh Khan while Varun has challenged Akshay Kumar.

Varun will be seen playing the role of Mauji a tailor while Anushka will be seen playing Mauji’s wife Mamta, who is an embroiderer. The film is helmed by Sharat Kataria and will hit the theatres on September 28, 2018. Sui Dhaaga is a film based on the campaign of Made In India, where people are encouraged to buy Indian and make Indian. This gives the power of self reliance to the labour class in India.