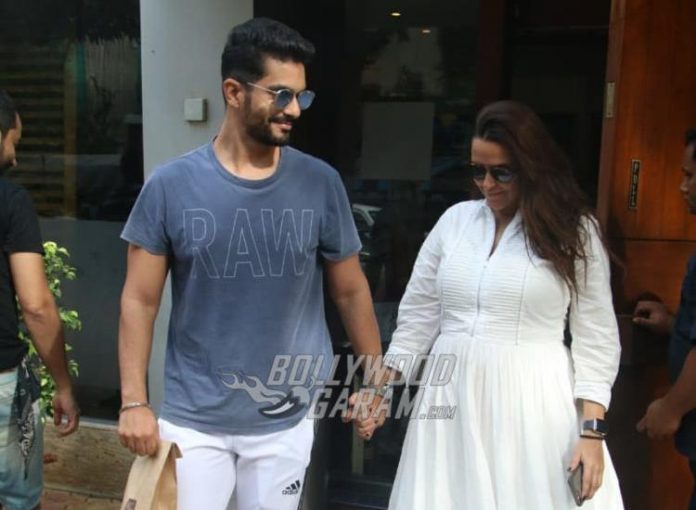 Celebrity couple Neha Dhupia and Angad Bedi are all set to embrace parenthood together. The couple will be having a baby shower this weekend. Reports say that Angad, who is known to be a dotting husband, is hosting a surprise baby shower for beloved wife Neha. Bedi is also making sure that everything is as per Neha’s taste at the baby shower.

More reports have revealed that to make the occasion even more special, Angad has flown down her parents to Mumbai and has also invited all her friends from the world of fashion and films. The actor has also handpicked the menu of everything that Neha likes.

Neha and Angad got married in a hush-hush ceremony in May 2018 and had surprised not just the fans but even their close friends. The couple later came out in open that they are expecting their first child together and shared a few adorable pictures from their maternity shoot.