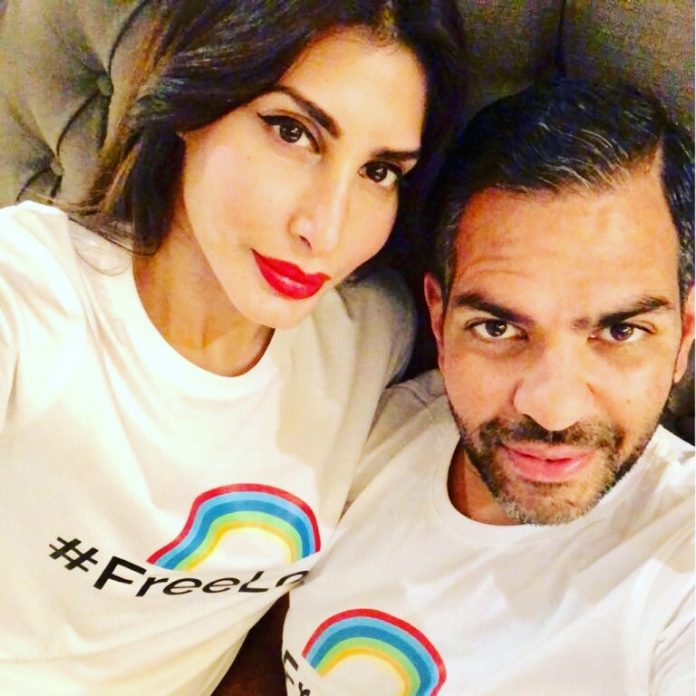 Karisma Kapoor’s former husband Sunjay Kapur is expecting his first child with wife Priya Sachdev. The child is due to be delivered in December 2018. Karisma and former husband Sunjay were granted divorce by mutual consent in June 2016 after they were separated for many years. The former couple was married for 13 years and had gone through an ugly legal battle.

Sunjay and Karisma have moved on in their respective lives. Karisma is in a steady relationship with Sandeep Toshniwal while Sunjay got married to Priya. The actress and her alleged boyfriend are often seen attending parties in Mumbai.

Sunjay and Priya celebrated their first marriage anniversary in April 2018.Priya regularly shares pictures of both of them on the social network. Priya is currently seven months pregnant and the couple is over the moon and excited to welcome a new family member. A few pictures of Priya can be seen on the social network in which she is seen flaunting her baby bump. Priya has also posted pictures with her daughter Safira.

Sunjay and Priya got married in an intimate wedding ceremony amidst just close friends and family members The couple has been dating for a few years before they finally got married in April 2017. This is the third marriage for Sunjay Kapur and the second for Priya.