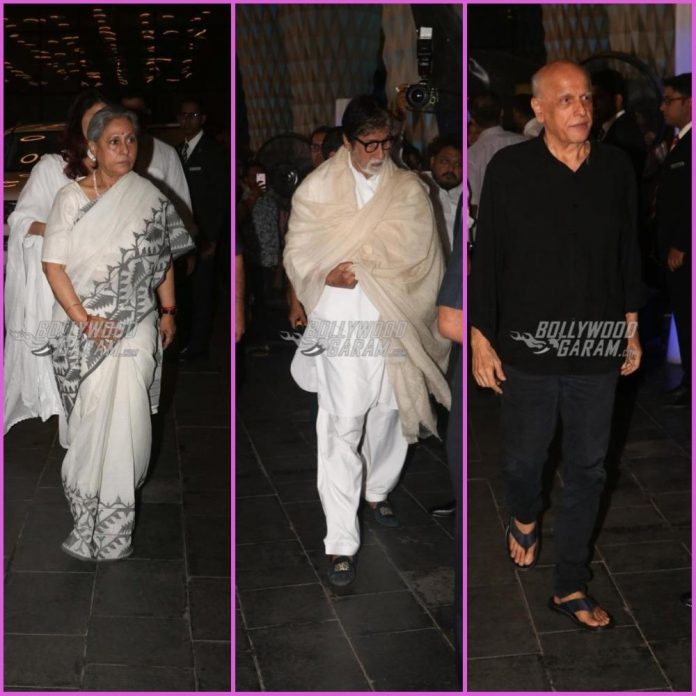 Celebrities from Bollywood flocked to attend the prayer meet in memory of late Krishna Raj Kapoor held in Mumbai on October 4, 2018. The 87 year old wife of the legendary actor Raj Kapoor breathed her last on October 2, 2018 due to cardiac arrest. B’towners gathered at the prayer meet that saw the presence of the entire Kapoor family.

Actor Rishi Kapoor could not be a part of the meet as he is in the US as he is undergoing a medical treatment. The attendees of the prayer meet included Amitabh Bachchan, Jaya Bachchan, Shweta Bachchan, Mahesh Bhatt, Twinkle Khanna, Dimple Kapadia, Aishwarya Rai Bachchan, Madhuri Dixit, Juhi Chawla and others.