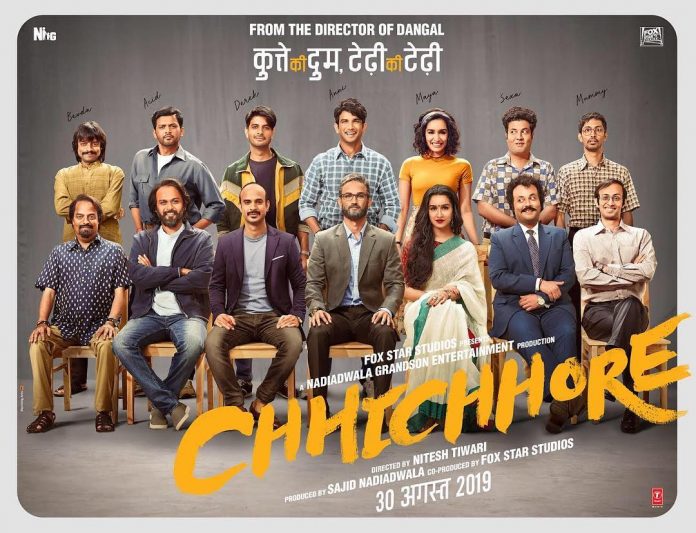 The first look of the upcoming film Chhichhore has been released and has also left the audience curious. The film stars Sushant Singh Rajput and Shraddha Kapoor in lead roles and the makers have released a poster of the film. Going by the poster, the film is quirky and is directed by Nitesh Tiwari of Dangal fame.

Tiwari is known for some of the biggest hits in Bollywood and Chhichhore also seems to be following the same line. The poster has shown Sushant, Shraddha, Varun Sharma among other actors in their older and younger versions. It is difficult to predict the story by the poster but it has indicated that the film is surely about two generations.

The audience has to wait for the release of the first teaser and the audience cannot wait for it. With an interesting first poster and an interesting cast everything about the flick is interesting. The film is reportedly set against the backdrop of an engineering college and the most interesting part is that Sushant and Nitesh have been engineering students in the past. It would be interesting to see if the makers share some of their real life experiences on the big screens.

Chhichhore also stars Pratik Babbar, who will be seen as an antagonist.