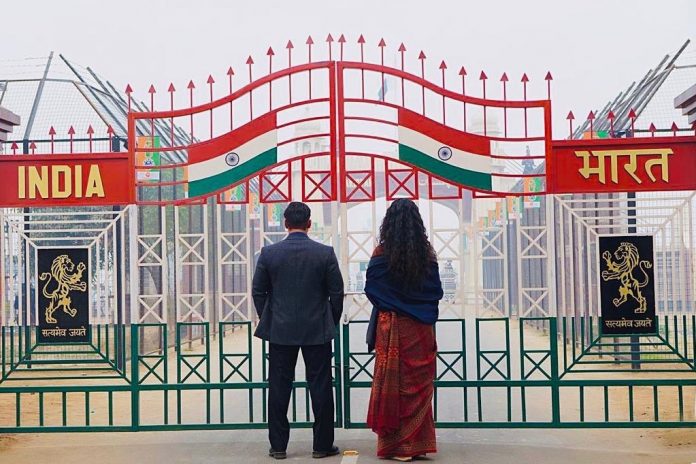 Bollywood star Salman Khan shared the first glimpse of his upcoming film Bharat. The first look has shown Salman and Katrina Kaif standing at the re-created Wagah Border. Salman can be seen in a formal suit while Katrina can be seen in a sari as they stand together at the border gate. The first look has surely increased the curiosity of the audience.

The story of the upcoming film is about a son’s promise to his father during the 1947 India-Pakistan partition. Lead actors Salman and Katrina have shot in the locations of Mumbai, Malta and Abu Dhabi and are currently shooting in Chandigarh. The makers have created the Wagah Border in Chandigarh.

The upcoming film also stars Jackie Shroff, Tabu, Disha Patani, Sunil Grover and Nora Fatehi. Bharat had earlier roped in Priyanka Chopra, who left the project due to her engagement with Nick Jonas. This was when Katrina Kaif stepped in. There are reports that Kartrina will have a bigger role than any of her films.

Salman’s earlier film Race 3 was criticized by the audience and critics and now all expectations are on Bharat. The film is directed by Ali Abbas Zafar and is expected to be released in theatres on June 5, 2019. Vishal and Shekhar have been roped in to compose songs for the film