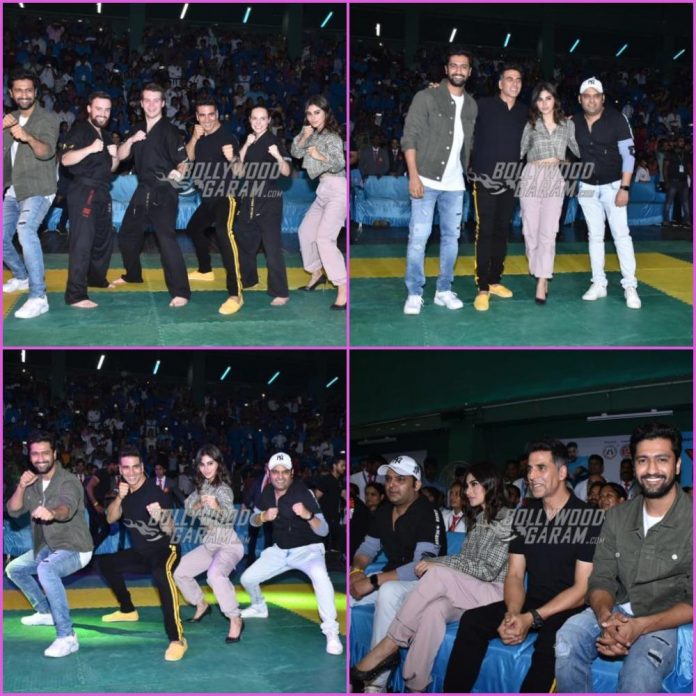 Bollywood actors Akshay Kumar, Kapil Sharma, Vicky Kaushal and Mouni Roy graced the closing ceremony of the Xth Akshay Kumar Kudo Tournament held in Mumbai on November 22, 2018. Kumar is not just an actor but is also a great action superstar. Akshay being a black belt in Taekwondo has inspired millions to take up martial arts and has also started his own institutions.

The Khiladi star started self-defense academy especially for women for their safety and also conducts a Kudo Tournament for aspiring martial artists. Gold actors Akshay Kumar and Mouni Roy were accompanied with Vicky Kaushal and comedian Kapil Sharma. Akshay looked dapper in a casual black t-shirt and track pants while Mouni looked pretty in a checked shirt and trousers. Vicky appeared in a t-shirt and distressed denims.

On the work front Akshay recently wrapped the shoot of his upcoming flick Housefull 4 and is looking forward towards his upcoming bilingual flick 2.0 opposite south superstar Rajinikanth. The film will be released in theatres on November 29, 2018.