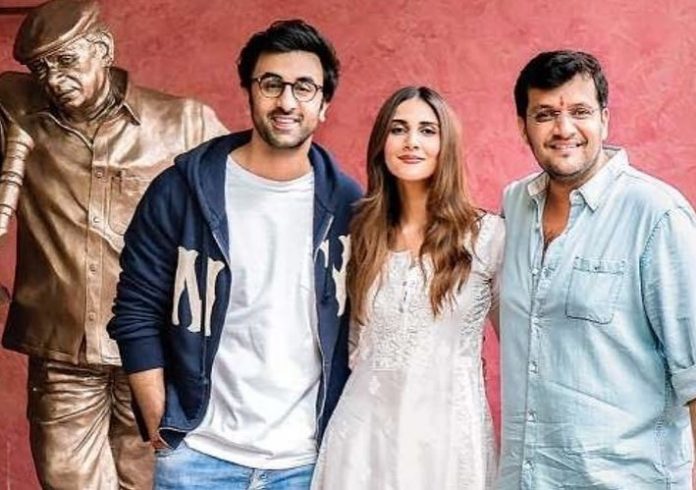 Ranbir Kapoor and Vaani Kapoor starrer Shamshera is all set to go on floors on December 1, 2018. A customary puja for the film was conducted and was attended by Ranbir, Vaani and director Karan Malhotra. The cast and crew of Shamshera will begin shooting of the film from December 1, 2018.

The tradition of customary puja with the cast and crew of the movie that goes on floor was started by late filmmaker Yash Chopra. The production house organized for a puja for Shamshera as well. Vaani in the film will be seen playing Ranbir’s love interest. The film also stars Sanjay Dutt, who could not attend the ceremony as he was busy with prior commitments.

Ranbir has earlier worked with the Yash Raj Films banner and had delivered his first hit with the banner’s Bachna Ae Hasino. The actor had also worked for the film Rocket Singh: Salesman Of The Year by the same banner, which received a lot of appreciation from the audience and critics. Kapoor is collaborating with the banner after nine years.

Shamshera will be a high-octane adventure drama set in India and Ranbir will be seen in a very different character and look. The film is expected to wrap by mid 2019.