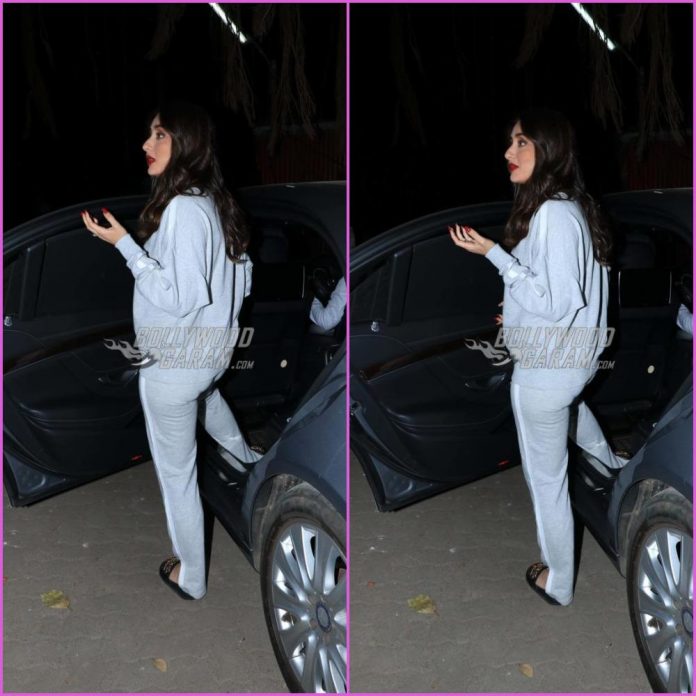 Kareena Kapoor has proved herself as one of the most promising divas of Bollywood and has also challenged her own acting skills by taking up roles of different genre. The Jab We Met actress was snapped outside a popular studio in Mumbai on December 11, 2018. Kareena was seen in a casual track suit as she wrapped a shoot.

The actress was seen with red lips and hair loose open with black ballet shoes as she made her way towards her car. Kareena Kapoor has been seldom away from films. The actress was active even during her maternity period. Soon after she gave birth to her son Taimur Ali Khan, the actress got back to work soon after.

The Udta Punjab actress managed to shed the extra weight that she put on during her pregnancy. Kareena soon started shooting for the film Veere Di Wedding and made an impressive return to films after a short break. The actress was always known for being faithful to her workout schedules and is often snapped taking out time to the gym.

Kareena recently opened up about son Taimur and expressed that it would kill her to send her son to a boarding school. The Veere Di Wedding actress said, “It would kill me to send him away to a boarding school. I think it would be unfair in a way like I tell Saif… it would be like running away from reality because this is the reality right? Paparazzi is following you constantly. They are trading you all the time. It’s not like I am uploading a picture ever of Taimur or family or anything. So why can’t he just be like in his own city, roam around and go to school and do normal things like normal children do?” On the work front Kareena is busy shooting for the upcoming films Takht and Good News.