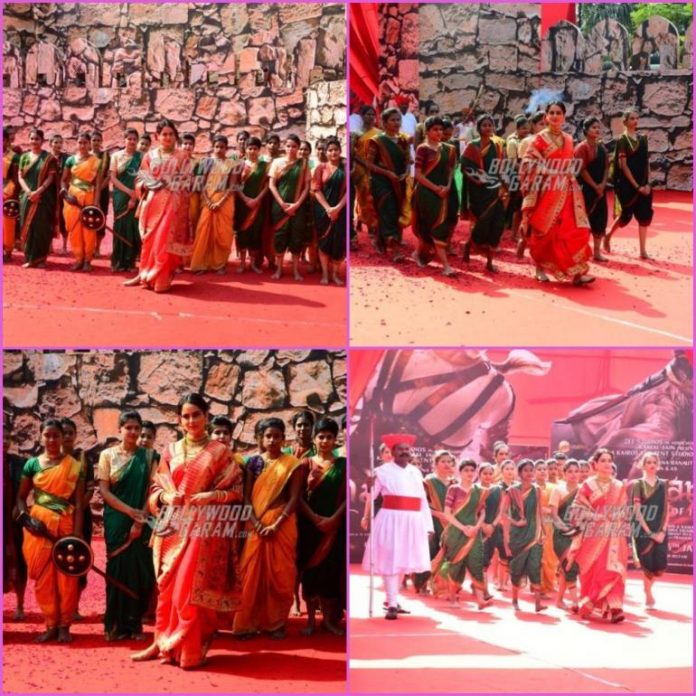 Makers of Manikarnika: The Queen of Jhansi planned a unique trailer launch event for the film on December 18, 2018. The Imax Wadala was turned in to a fort for a special trailer launch event in Mumbai. The event saw the lead actress Kangana Ranaut who looked royal as Jhansi Ki Rani Laxmi Bai.

Ranaut will be seen playing the lead role of Manikarnika: The Queen of Jhansi, who was a fierce queen and has created history with her bravery and fight for her kingdom. Kangana completed her look with minimal make-up and carried off her traditional look with ease and grace.

The film also earlier starred Sonu Sood, who had walked out of the film mid-way due to his differences with Kangana Ranaut.