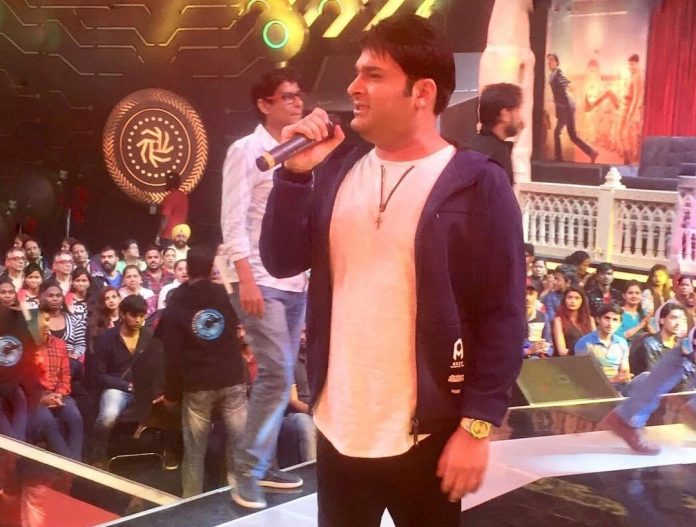 The wait is finally over and the fans of Kapil Sharma need not to wait long for his return on TV. The maker of The Kapil Sharma Show have unveiled a teaser from an episode from the show. The teaser has shown Ranveer Singh as the guest of Kapil’s come-back show. Singh is accompanied by co-star Sara Ali Khan and director Rohit Shetty. The teaser of the episode has shown a glimpse of the guests as Kiku Sharda makes fun of Kapil’s one year sabbatical from the show.

The teaser of the episode has shown Ranveer and Sara laughing uncontrollably at Kiku Sharda’s joke on Kapil. Kiku can be seen telling the audience about the reason behind the comedian’s absence from the television for nine months. A couple of days back another teaser of the show was released by the makers that had shown Salman Khan sharing the couch with father Salim Khan and brothers Arbaaz Khan and Sohail Khan.

The comedian will be joined by the old cast including Chandan Prabhakar, Bharti Singh, Sumona Chakravarti, Krushna Abhishek, Kiku Sharda and Rochelle Rao. Kapil recently got married to his long time girlfriend Ginni Chatrath in an intimate wedding ceremony held in Jalandhar. The wedding was attended by just a few close friends and family members and a grand wedding reception was hosted in Amritsar. The couple will be hosting a wedding reception for Kapil’s friends and colleagues from Bollywood on December 24, 2018.