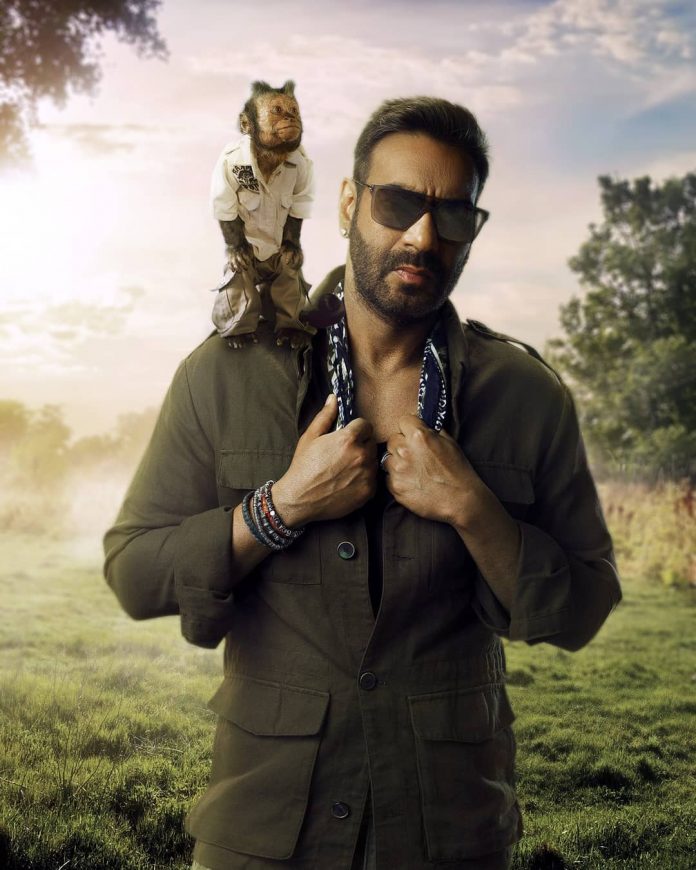 Bollywood comedy Total Dhamaal is one of the most awaited comedies of 2019. The film already has a huge star cast and will now have a popular Hollywood star. Crystal- The Monkey has been a part of various Hollywood films like George of The Jungle, Hangover 2 and Night at the Museum and will now be a part of the upcoming Bollywood comedy. The makers of the film released the first look of the film on January 14, 2019.

This will be the first time a Bollywood film will feature an animal from Hollywood. The first look of the film has shown Ajay Devgn looking dapper in a green shirt with Crystal sitting on his shoulder. The first look was also shared by Ajay on his social media account and wrote, “Say Hi to Hollywood’shead turner Crystal, debuting soon in Bollywood in #TotalDhamaal. Trailer out soon!”

Upcoming film Total Dhamaal is helmed by Indra Kumar and also stars Riteish Deshmukh, Arshad Warsi, Madhuri Dixit, Esha Gupta and Anil Kapoor. The earlier films of the Dhamaal franchise did a great business at the box office and the audience now have big expectations with the upcoming installment.