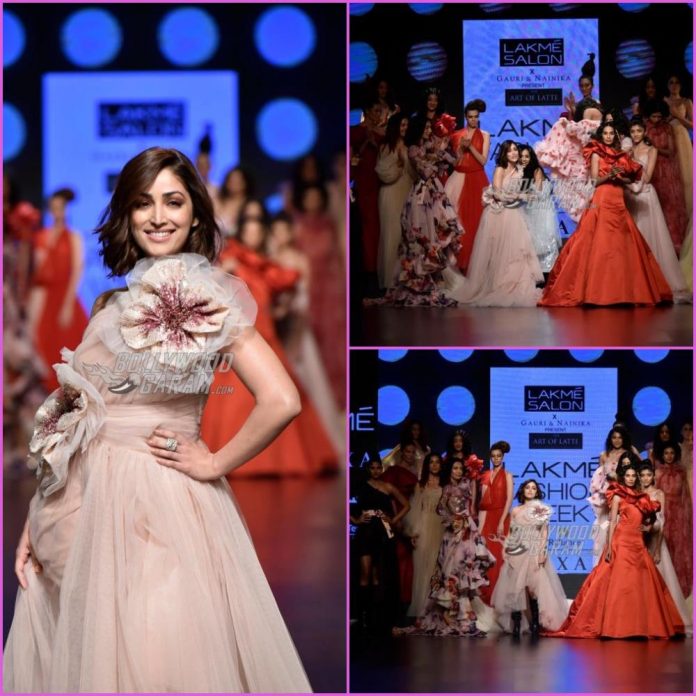 Bollywood actress Yami Gautam faced an embarrassing situation as she walked the ramp at the Lakme Fashion Week 2019 in Mumbai on January 30, 2019. The Kaabil actress looked stunning but almost tripped on the ramp but continued with her walk with utmost grace. The audience appreciated her as she continued to walk the ramp.

Yami looked stunning in a pink maxi gown by designers Gauri and Nainika. The actress after her appearance on the stage interacted with the media about how she managed and said, “It just comes from the fact that you can know it can happen with anyone. I am not the first one.” On the work front, the actress was last seen in the film Uri: The Surgical Strike which was released on January 11, 2019 and also starred Vicky Kaushal, Paresh Rawal and Mohit Raina.

The actress was last seen in the film Kaabil which also starred Hrithik Roshan and was appreciated for her role of a blind girl. Yami in recent times has been creating a good impression with a help of different roles that she plays in Bollywood. The actress made her debut in Bollywood with the film Vicky Donor which also starred Aayushmann Khurrana in 2012 which proved to be a commercial success.