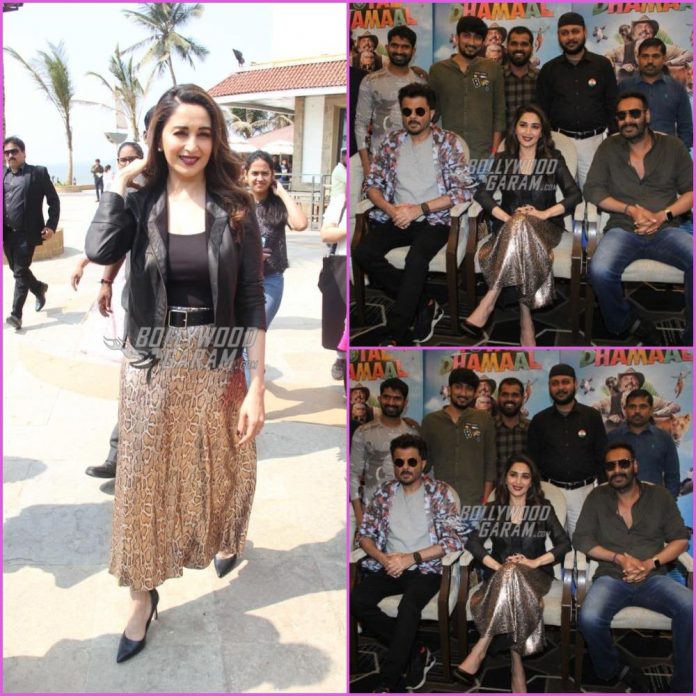 The much awaited film has been released with mixed reviews and the audience has a lot of expectations from the promising franchise. Total Dhamaal also stars Boman Irani, Arshad Warsi, Javed Jaffrey and Riteish Deshmukh. This is the first time actress Madhuri Dixit has been brought on board for the Dhamaal franchise.

The film is directed by Indra Kumar and jointly produced by Ajay Devgn, Fox Star Studios, Ashok Thakeria, Indra Kumaar, Sri Adhikari Brothers and Anand Pandit. Twitter is already flooded with public reviews of the film as it is being appreciated. Some of the reviews which have come out so far have said that the first half of the film is funny while the second half is moderate and could have been better.

The multi starrer comedy flick has released in theatres on February 22, 2019.