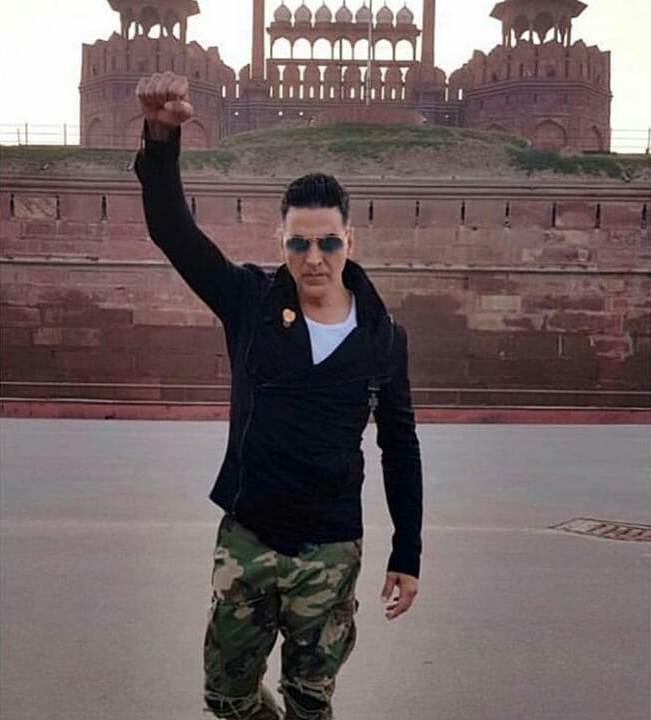 Bollywood stars Akshay Kumar and Parineeti Chopra are leaving no stone unturned to promote their upcoming film Kesari as the release date fast approaches. The actors landed in the capital New Delhi for promotions on March 18, 2019.

Akshay and Parineeti looked great together as they arrived at an event and even held a press conference where they answered many questions related to the film which will be releasing in theatres on March 21, 2019. The Khiladi star looked great in an orange t-shirt, blue jacket and a pair of denims while Parineeti looked pretty in a blue top and a black and white striped skirt.

Kesari is a film that is based on the Battle of Saragarhi, when an army of 21 Sikhs had fought against 10,000 Afghans in the year 1897. The film is helmed by Anurag Singh and co-produced by Karan Johar and Apoorva Mehta.

Parineeti and Akshay have been promoting the film in various cities and are reaching people with the help of various platforms. The film also stars Mir Sarwar, Vansh Bhardwaj, Vivek Saini and Vikram Kochhar in supporting roles. The trailer has already left the audience curious and since the film is releasing during the Holi festival, the makers are expecting more business at the box office.