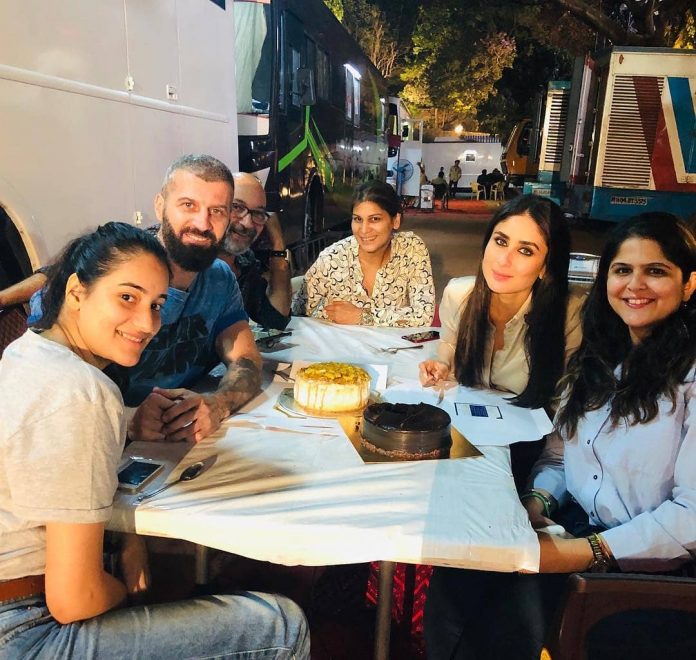 Kareena Kapoor is at present working on her upcoming film Good News which also features Akshay Kumar and Diljit Dosanjh. The team Good News has recently wrapped up filming for the first song and the occasion was celebrated with a cake-cutting ceremony. Kareena’s hairstylist shared a picture from the wrap celebrations on her Instagram account.

A few days back it was reported that Akshay and Kareena will be recreating the popular 90s song Punjabi song Sauda Khara Khara with its new version and will be filmed in a dance club. More reports said that the song has been recreated by DJ Chetas who expressed, “It was a dream come true to work with Akshay sir, Karan (Johar, producer) sir and Kareena ma’am on a film. I can’t get into the details of the track, but I can promise that it will be one of the biggest hits of the year.”

Earlier many pictures of Kareena Kapoor sporting a baby bump during the shoot of the film had surfaced on the internet. The story of the film is about a married couple who are desperately trying to have a baby.