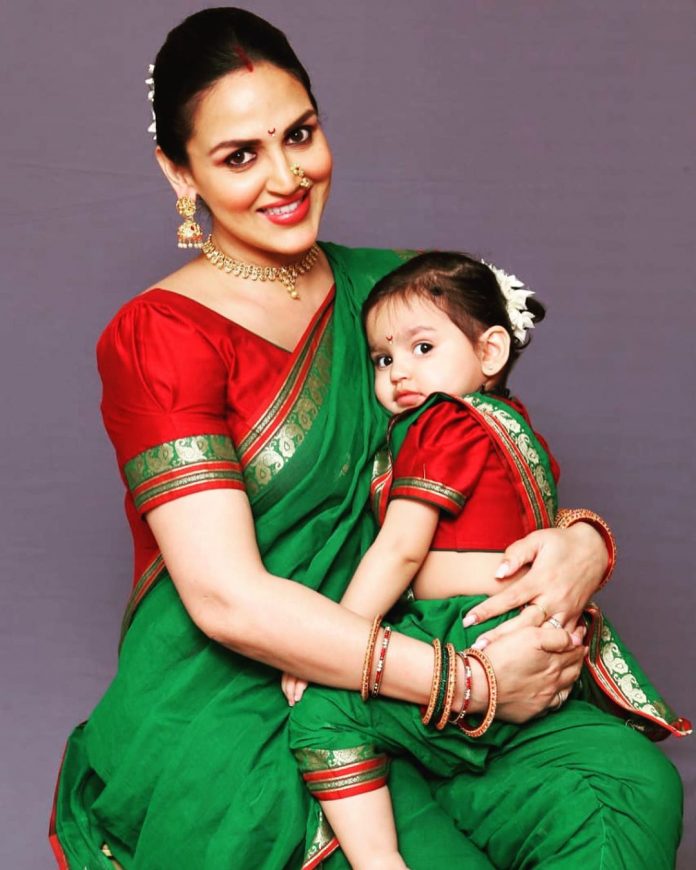 Esha Deol is expecting her second child with husband Bharat Takhtani, but that does not take her attention off her child, Radhya. The actress joined her daughter for her first dance performance on her annual day. The mother and daughter duo stole the show as they were seen dancing together on the song Zingaat from the film Dhadak.

Esha took her Instagram account and shared a few pictures and wrote, “Radhya’s first performance on stage with her mommy.” The Yuva actress and her daughter were seen clad in a green navvari sari and the two looked adorable together.

Esha while talking to a leading daily spoke about the special moment and said, “Since Radhya was born, she would always move her body in rhythm. She has been accompanying me to the green room and would smile on seeing me set for the dance ballet, Ramayan. So when she performed for her annual day, it was a special moment for Bharat [Takhtani, husband] and me.” The Bollywood actress is a trained Odissi dancer and also performs in dance ballads like her mother Hema Malini.

Esha Deol revealed that she took the initiative on selecting the costume that goes with the track. The actress also said that for now her daughter is too young to learn any dance form and that she wants her to enjoy her childhood.