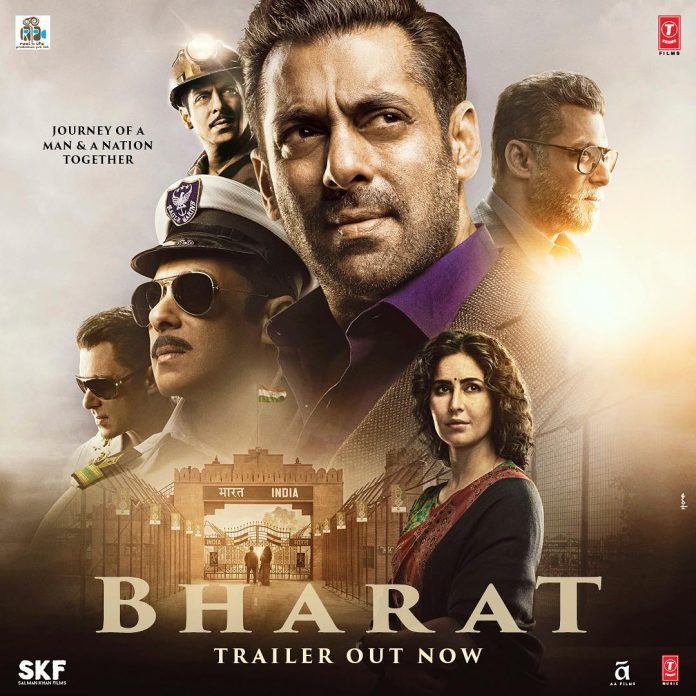 Makers of Bharat have released another song Chashni, which is a romantic track that has shown Salman Khan romance Katrina Kaif. The song Chashni means sugar syrup and the song it as sweet as the name suggests. The protagonists can be seen romancing each other in the 70s style amidst picturesque locations.

The video has shown Katrina Kaif dressed in a sari while she makes a flower rangoli and Salman watches her lovingly. The song is set in the 70s and has shown the two working in the Gulf. The track is sung by Abhijeet Srivastava and is composed by Vishal Dadlani and Shekhar Ravjiani.

Before the song begins, Salman’s voiceover talks about the Bollywood scenario at that time as the industry gets its first superstar Rajesh Khanna but he goes on to say that Bharat remains a fan of Dilip Kumar who has found his Saira Bano in Katrina’s character. Salman had earlier shared a teaser of the song and wrote, “This Eid… Ishq meetha hai (Love is sweet)”.

The makers have earlier released the song Slow Motion that features a young Salman Khan with Disha Patani, who is a trapeze artist. The Dabangg star has been sharing his different looks from the film and the official trailer has already grabbed a lot of attention of the audience.

Watch the video of Chashni here: