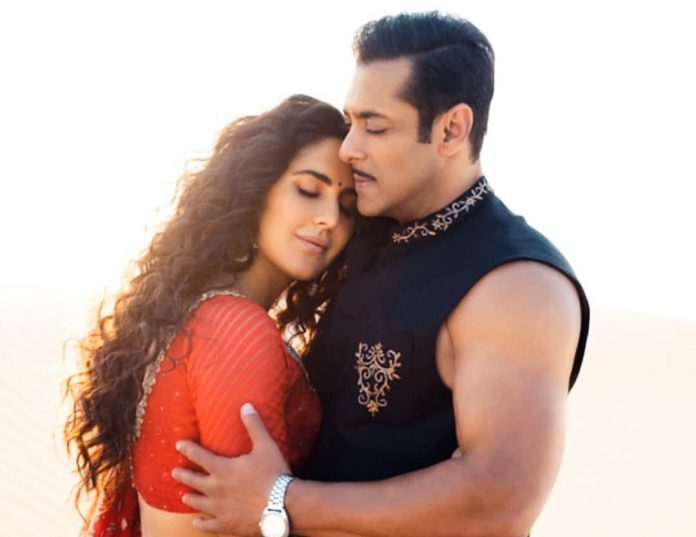 Salman Khan and Katrina Kaif launched the song Zinda from the upcoming film Bharat at an event in Mumbai on May 16, 2019. The launch event also saw the presence of director Ali Abbas Zafar and producer Bhushan Kumar. Katrina looked dazzling in a flower printed sari while Salman looked dapper in a black shirt and matching denims.

The film is directed by Ali Abbas Zafar and produced by Bhushan Kumar, Atul Agnihotri and Alvira Khan Agnihotri and is all set to be released in theatres on June 5, 2019. Bharat also stars Tabu, Sunil Grover, Disha Patani and Satish Kaushik.

Reports say that the film is an official remake of the South Korean film Ode To My Father. The songs have been composed by Vishal and Shekhar. The film is one of the most awaited films of 2019 and is expected to see Salman in different looks.