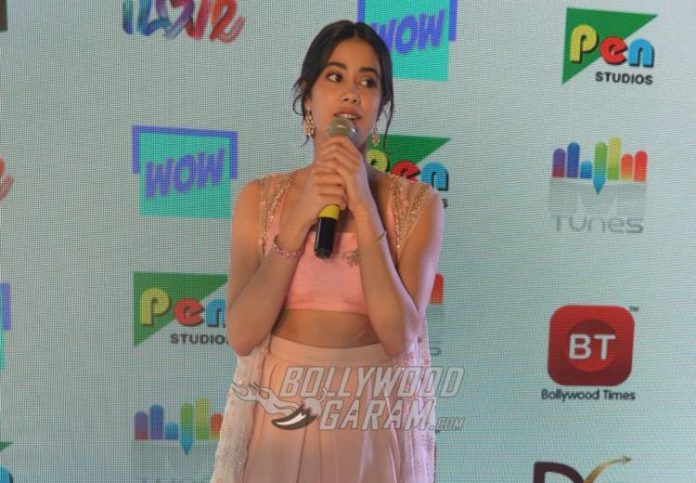 Indian actress Janhvi Kapoor is all set to be seen in the upcoming film Gunjan Saxena The Kargil Girl. The film is based on the air force pilot Gunjan Saxena, who became the first woman pilot to enter the war zone and was active during the infamous Kargil War. The biographical film will now be released on the popular OTT Platform Netflix.

Gunjan Saxena The Kargil Girl is directed by Sharan Sharma and stars Janhvi Kapoor in the titular role and also stars Angad Bedi, Pankaj Tripathi, Viineet Kumar, Manav Vij and Ayesha Raza. The makers of the film released a short video that has the voiceover of Janhvi and has narrated the life of Gunjan Saxena.

Karan Johar has produced the film under his banner Dharma Productions and in a statement said that it is a defining film that is based on a true story. Johar added that they are excited to partner with Netflix and share the story of a fearless woman.

Flight Lieutenant Gunjan Saxena along with Flight Lieutenant Srividhya Rajan had made history when she had become the first Indian combat during the Kargil War. The pilots had flown Cheetah helicopters for the casualty evacuation for which they flew very close to Pakistani positions. This was at a time when women fighter pilots were yet to be commissioned in to the Indian Air Force.