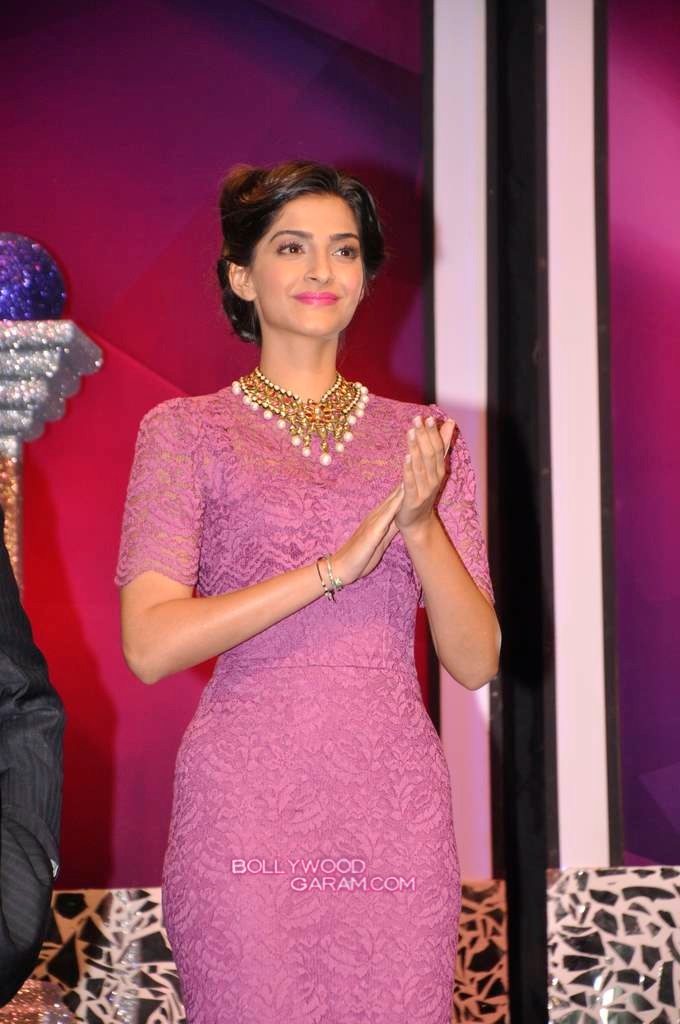 BollywoodGaram.com: The India Gem and Jewellery Awards 2013 was attended by Bollywood actress Sonam Kapoor and Union Minister Kapil Sibal. The event was held at the NCPA Auditorium in Mumbai on October 5, 2013.

The host of the event was actor Boman Irani.

Sonam Kapoor took to the stage and said, “Obviously you want to receive diamonds from someone you love, but at the same time, I think as a modern day’s girl, it’s nice to buy your own diamonds sometimes and make yourself feel special.”

Just before the ‘Raanjhana’ actress left for the event, she said she feels great to be associated with it and be a part of it.