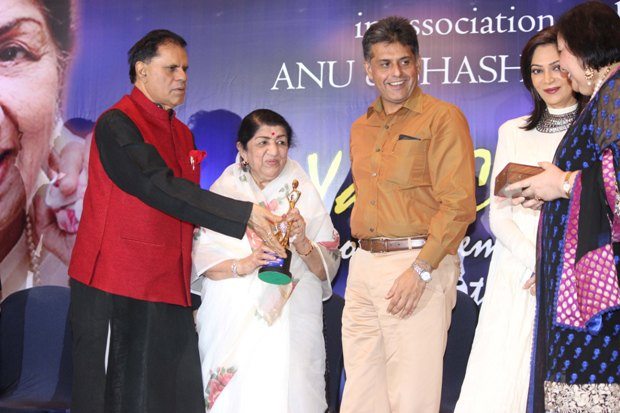 BollywoodGaram.com: Veteran singer Lata Mangeshkar – who is also known as the nightingale of India – was on October 19, 2013 honoured with the inaugural Yash Chopra Award at an event held at the Grand Hyatt in Mumbai. The legendary singer received the award – along with a cash prize of Rs. 10 lakh Indian rupees – which has been instituted by Dr. T Subbirami Reddy. This award will be given every year to an outstanding film personality.

The jury comprised of Hindi movie personalities, including Hema Malini, Anil Kapoor and Simi Garewal selected the winner. As the name itself suggests, the award is in remembrance of Yash Chopra’s immense contribution to cinema.