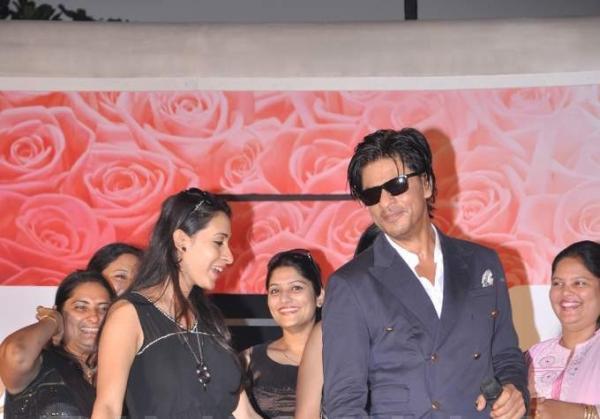 BollywoodGaram.com: Indian megastar Shahrukh Khan on October 19, 2013 attended the Lux Chennai Express contest, which was held at Taj Lands End in Mumbai. The ‘Devdas’ actor was seen dancing with the winners of the contest and he also re-enacted the popular train scene from the flick.

Khan was reportedly not feeling well, due to which his fans had to wait for him for a long time. As soon as he arrived at the venue, the ‘Chennai Express’ actor apologized to his fans for being late. At the event, Shahrukh wore a black suit and even though he looked tired, he managed to put on a show.

The ‘Kal Ho Na Ho’ actor is the brand ambassador for Lux.