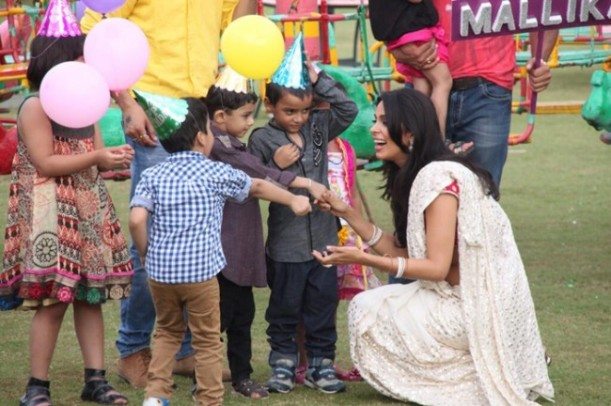 BollywoodGaram.com: Indian actress Mallika Sherawat in October 24, 2013 turned 37. Instead of throwing a bash, the ‘Khwaahish’ actress spent the day with children. The actress faced a bit of a turmoil recently when she was insulted by one of the contestants on the ongoing show ‘The Bachelorette India – Mere Khayalon Ki Mallika’.

Mallika tweeted a picture with children and wrote, “Celebrating my bday with the kids, loving it :)” Now the actress is back on the show and has shown her confidence in being who she is.

The ‘Maiyya Maiyya’ actress later tweeted saying that fake people need to maintain an image, but real people just do not have to care about it.