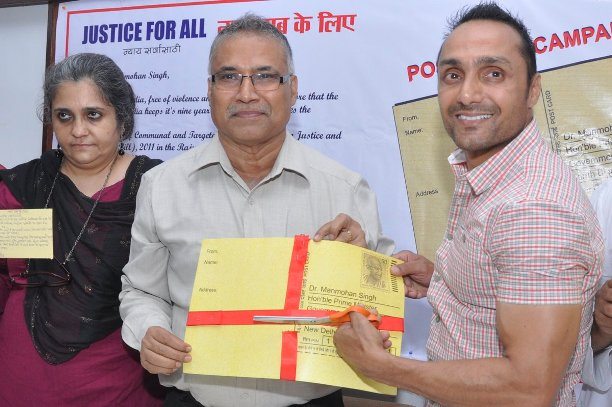 BollywoodGaram.com: Bollywood actor Rahul Bose launched a new campaign by writing a postcard to the Prime Minister of India Manmohan Singh on October 28, 2013. The postcard was written in order to fulfill a 9-year-old promise of tabling The Prevention of Communal and Targeted Violence.

Bose at the press conference said that he believes that the government will protect him, even if he failed to deliver on other fronts.

The ‘Pyaar Ke Side Effects’ actor went on to say that nothing can ever compensate for the complete loss of hope and when the state authorities and police fail to protect vulnerable people in communal violence, then it is wrong to expect the feeling of pride for the nation.