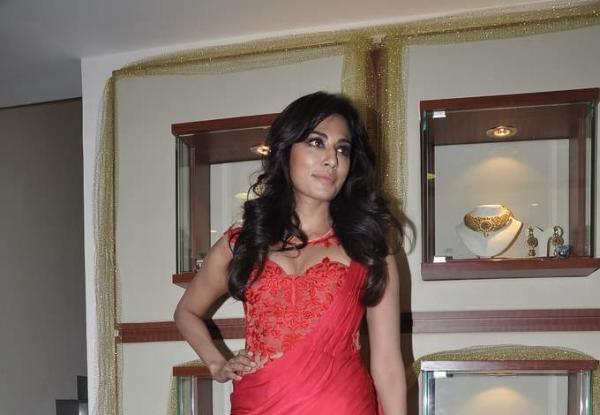 BollywoodGaram.com: Bollywood actress Chitrangda Singh on October 29, 2013 attended the launch of Femina Bridal cover at Grant Road in Mumbai. The former model arrived at the event dressed in a hot red outfit created by Sonakshi Raj.

At the event, Singh posed with the cover of the magazine, on which she is seen wearing another red outfit. The 37-year-old actress was recently seen in Bollywood movies ‘Inkaar’ and ‘Joker’, which did not do so well at the box office. The ‘Desi Boyz’ actress made her debut with the movie ‘Hazaaron Khwaishen Aisi’.

Before entering Bollywood, the actress started her career as a model and did commercials for ICICI, Alukkas Jewellery and more.