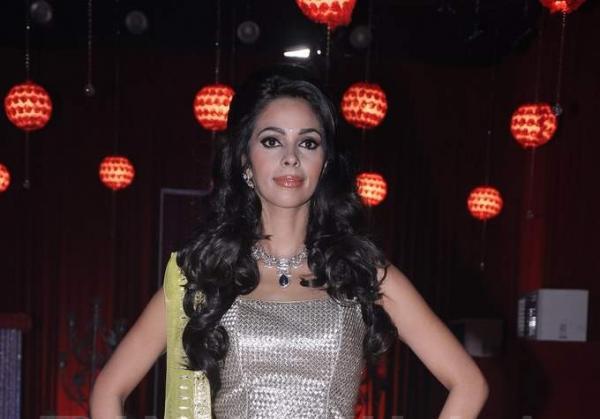 BollywoodGaram.com: Controversial actress Mallika Sherawat on November 5, 2013 shot for the super grand finale of ‘The Bachelorette India – Mere Khayalon Ki Mallika’ at Filmcity in Mumbai. The ‘Khwaahish’ actress is seen searching for her Mr. Right on the reality show.

For the grand finale, Sherawat appeared wearing a shimmery green lehenga and stole the show with her all-Indian look.

The Bollywood actress has been the talk of the town ever since the show launched and as her search for Mr. Right approaches its conclusion, the whole nation is waiting to see who will Mallika choose as her soul mate and this is something that she was looking forward to do for a while.