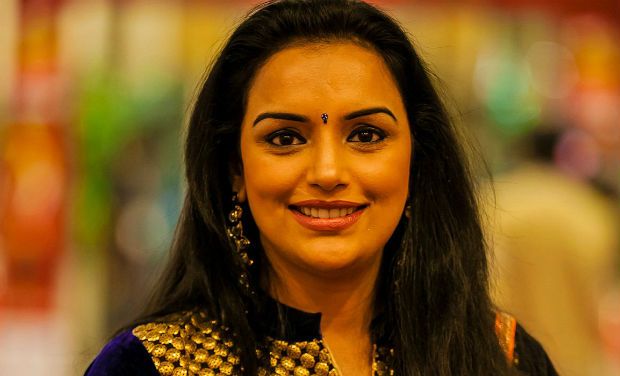 BollywoodGaram.com: Popular Malayalam actress Shweta Menon recently alleged that MP Peethambara Kurup molested her. The south Indian actress alleged that the member of the Parliament touched her in an inappropriate way twice during an event in Kollam. However, on the same evening, the actress took back her complaint.

In order for the case to be closed, Menon will have to testify against her own original statement in front of a judge. The police complaint was filed on Sunday, November 3, 2013, two days after the event in Kollam. The cameras have shown the MP placing his hands on Menon’s hips.

The complaint filed by the actress to the police mentioned that Kurup held her at her hips and walked her to the stage. The complaint stated that the minister was holding her hands for a long time and when she was called to talk, she had to tell him to release her. The complaint was registered on November 3, 2013 and on the same evening, Menon issued a statement saying that she decided to drop the case.

The ‘Prithvi’ actress added, “You need to forgive them out of large-heartedness, because it wouldn’t have been easy for man in his 70s to apologise publicly like he did.” Shweta was in the news in 2012 when she delivered her daughter Sabaina, which was filmed on camera as part of the movie ‘Kalimannu’.