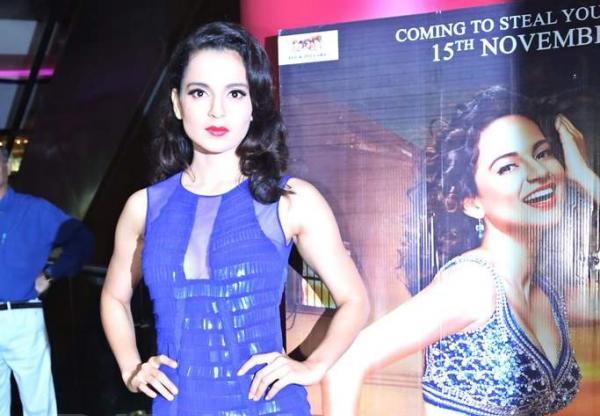 BollywoodGaram.com: Petite actress Kangana Ranaut was on November 6, 2013 seen promoting her upcoming movie ‘Rajjo’ at Spice Mall in Noida. The ‘Gangster’ actress interacted with the media during the movie’s promotion.

While talking about the movie, Ranaut said that the story of the movie is about a nautch girl who wishes to be a dancer and later becomes a big classical dancer. The movie narrates a story of dancer’s struggles. While talking about her role, Ranaut said that it was challenging to play the role of a classical dancer, as they use many intense facial expressions while they are performing on stage.

The actress was spotted wearing a short blue dress for the event.