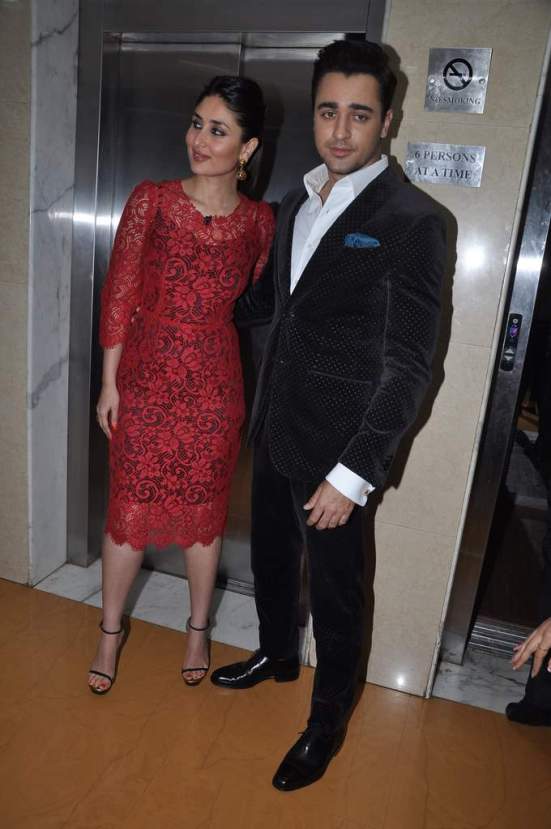 BollywoodGaram.com: The lead actors of the upcoming movie ‘Gori Tere Pyaar Mein’ – Imran Khan and Kareena Kapoor – were spotted promoting their latest flick at a press conference on November 6, 2013 at Yashraj Studios. The movie is directed by Punit Malhotra and is all set to hit the theaters on November 22, 2013.

For the occasion, Kareena was seen wearing a gorgeous Dolce and Gabbana outfit, while Imran opted for a formal black suit. This will be the second time that the pair will be seen together, after they starred together in ‘Ek Main Aur Ek Tu’, which was a romantic comedy.

This will also be the second time that Punit will be directing a movie.