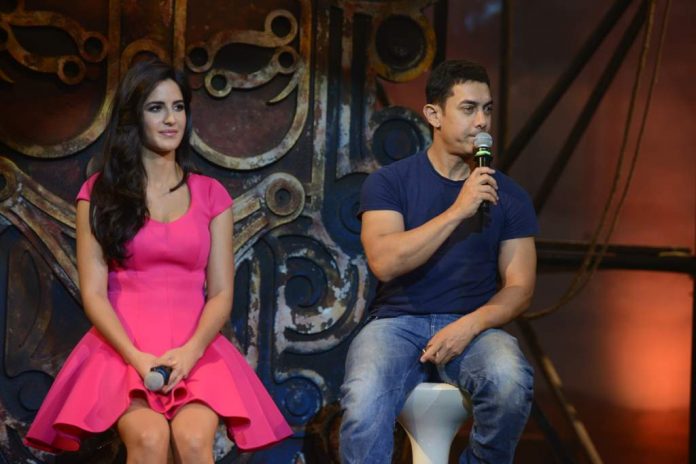 BollywoodGaram.com: Makers of the upcoming movie ‘Dhoom 3’ are bound to raise the levels of excitement once again, as they have launched the new D3 ‘Dhoom Machale’ song. The new song features Katrina Kaif, who is showing off some interesting dance movies and different outfits.

Kaif is back with some never-before-seen moves, but is completely different than the ‘old ‘Chikni Chameli’ and ‘Sheila Ki Jawani’. Her every move has plenty of oomph, sexiness and boldness in the song, which also features Aamir Khan. A few glimpses have also been shown which portray a struggle between the cop, played by Abhishek Bachchan and the bad man, played by Aamir Khan.