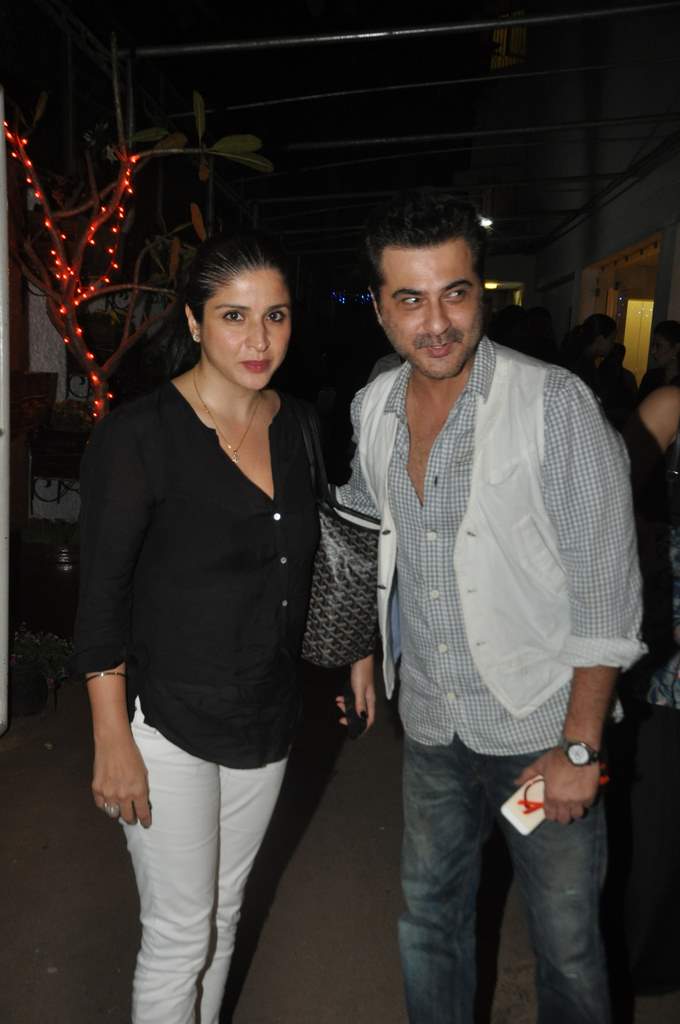 BollywoodGaram.com: A special screening of the Ranveer Singh and Deepika Padukone starrer movie ‘Ram-Leela’ was held by Krishika Lulla. Actress Huma Qureshi, Ayushman Khurana and Sanjay Kapoor with his wife were spotted attending the event in Juhu area in Mumbai on November 14, 2013.

‘Ram-Leela’ is the upcoming movie directed by Sanjay Leela Bhansali and also stars Priyanka Chopra in a special item song. The flick has been surrounded by controversy in recent weeks and some communities have been insisting on changing the name of the movie.

Additionally, the latest flick has been under controversy for its subject and content, but is all set to hit the theatres on December 20, 2013.