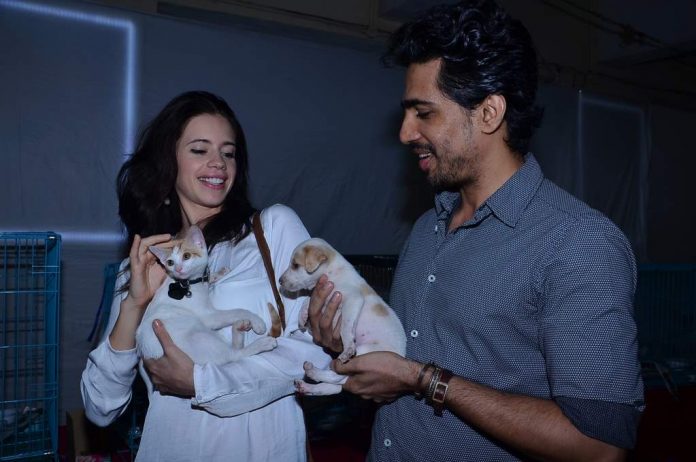 BollywoodGaram.com: Bollywood celebrities on November 23, 2013 joined an initiative and attended a Pet Adoption event which was held in Mumbai. Stars Kalki Koechlin and Gulshan Devaiah were photographed at the event while showing their love for animals.

Other celebrities who attended the event included Kallirroi Tzafetta and Priyanka Bose. During the event, Kalki was seen caressing a domestic cat. Meanwhile, Gulshan posed with a little puppy and the actor was recently seen in the movie ‘Ram Leela’.

The actor is now all set to be seen in the upcoming movie ‘Hunterrrr’, which is currently in post-production.

Gulshan was earlier also seen in the movies like ‘Hate Story’, ‘Shaitan’ and ‘Dum Maaro Dum’.