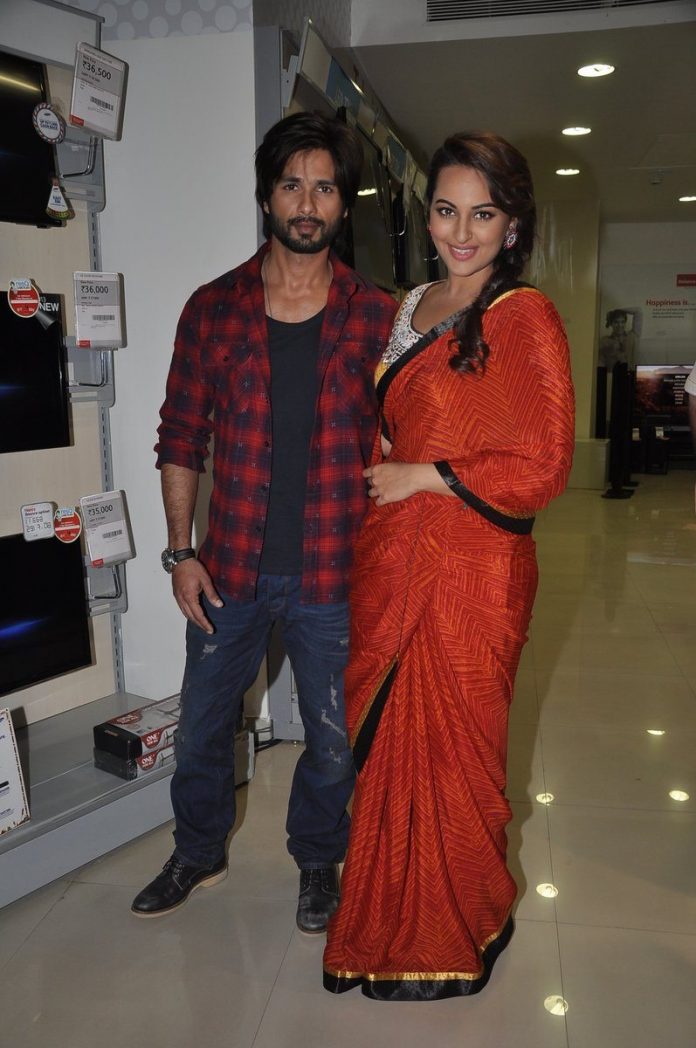 BollywoodGaram.com: Stars of the upcoming movie ‘R…Rajkumar’, Sonakshi Sinha and Shahid Kapoor revealed the comic series based on their flick on November 29, 2013. The event was also attended by director Prabhu Deva.

The recent launch of the comic series is part of a creative marketing strategy, in which the makers of the movie enabled fans to be featured alongside Shahid Kapoor and Sonakshi Sinha. It is India’s first custom comic and the contest began on October 25, 2013 on Facebook and invited fans to submit their story ideas. Out of these, three winners are featured in the special digital comic.

The movie is directed by Prabhu Deva and is all set to release on December 6, 2013.